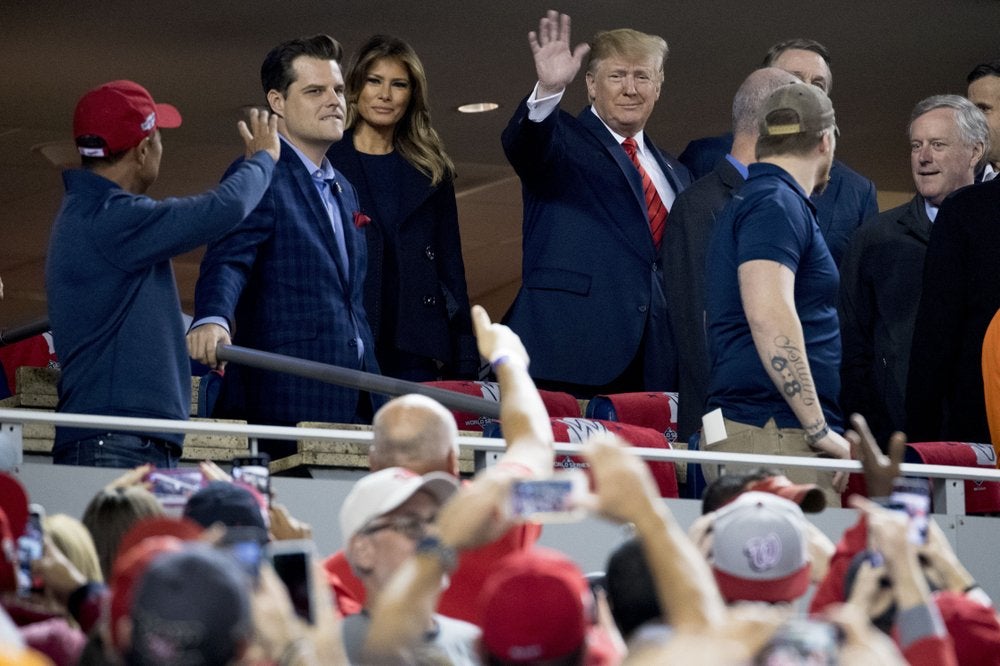 WASHINGTON (AP) — President Donald Trump will welcome the come-from-behind Washington Nationals baseball team who will celebrate their World Series victory Monday on the South Lawn of the White House.

The Nationals beat the Houston Astros 6-2 on Wednesday to clinch the title in Game 7 of the World Series. They are the first World Series winner with all four victories on the road.

Trump attended part of Game 5 at Nationals Park in Washington and was greeted with both cheers and boos. When the boos began as Trump’s image flashed on the ballpark’s giant video screen, the president seemed momentarily taken aback. He mouthed something to his wife, Melania Trump, while gamely trying to clap along.

But his smile froze and then faded as the boos continued and some in the crowd launched into a brief chant of “Lock him up,” a version of the phrase chanted against Hillary Clinton at dozens of Trump rallies during the 2016 campaign.