Trump to mark 75th anniversary of D-Day at Normandy 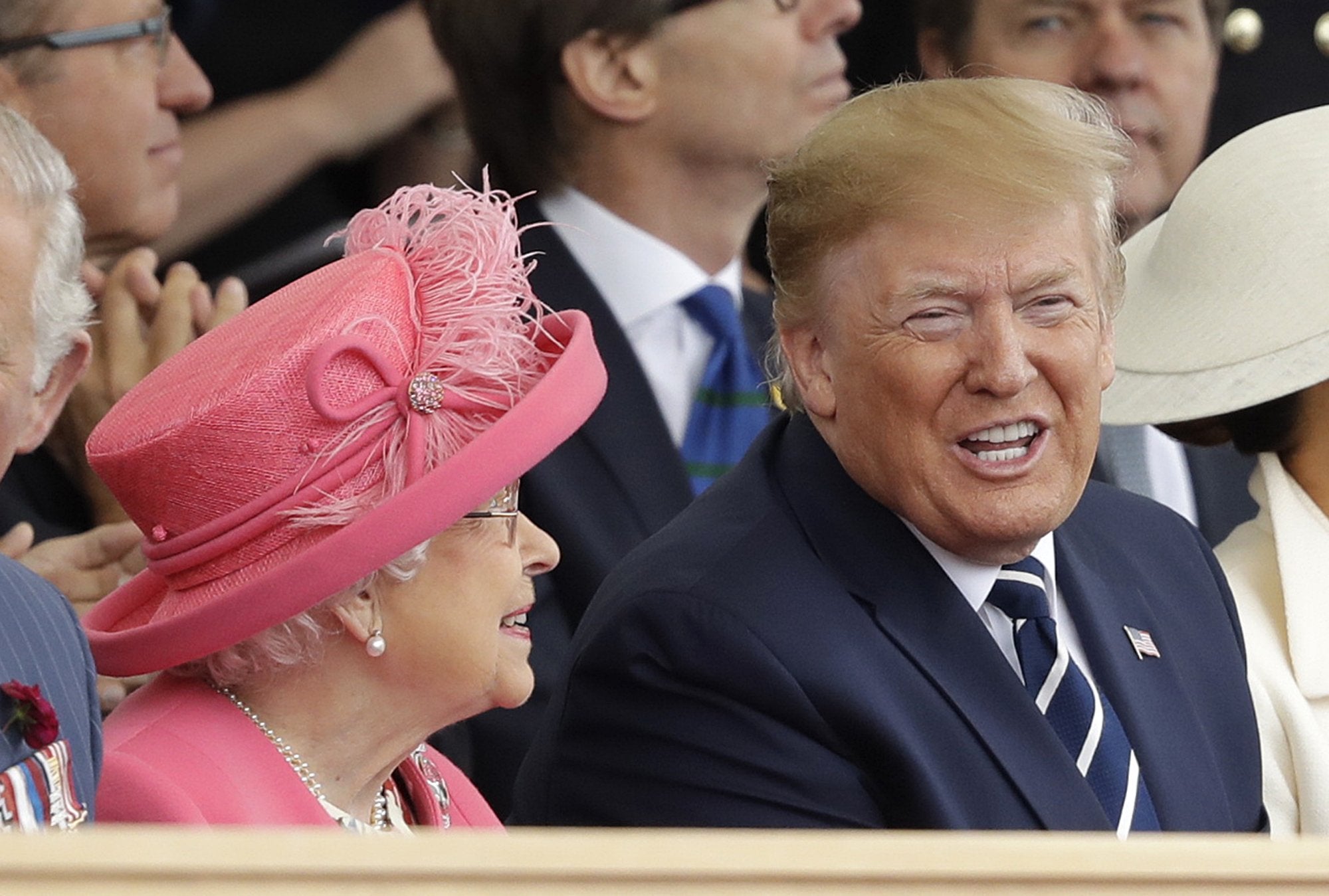 LIMERICK, Ireland (AP) — The world will turn its eyes Thursday to the beaches of Normandy, France, paying tribute to the 75th anniversary of the D-Day invasion and the few surviving veterans of that battle that changed the course of World War II.

For President Donald Trump, it is another moment to praise alliances and military service, on the heels of defending his decision not to serve in Vietnam. World leaders will gather in heartfelt tribute to alliance and sacrifice and a unified vow for enduring unity, outweighing any national or political skirmish of the moment.

Trump is expected to give a speech while touring the beaches and an American military cemetery in France. He stuck to the script Wednesday in the first of two days of D-Day tributes at a moving ceremony in Portsmouth, England, from which the 1944 invasion was launched.

Trump did his part with a 90-second recitation of some of the prayer that President Franklin D. Roosevelt delivered to a worried nation just getting word of the fighting. The president, with images of an American flag and Roosevelt projected behind him, read to the crowd: “Almighty God, our sons, pride of our nation, this day, have set upon a mighty endeavor, a struggle to preserve our republic, our religion and our civilization and to set free a suffering humanity.”

The president sat in a VIP area between Queen Elizabeth II and first lady Melania Trump. Some 300 World War II veterans also attended the seaside ceremony. Trump joined in giving a standing ovation to a group of vets who appeared on stage as the commemoration began.

The queen provided the keynote address in unusually personal terms.

“When I attended the commemoration of the 60th anniversary of the D-Day landings, some thought it might be the last such event. But the wartime generation, my generation, is resilient, and I am delighted to be with you in Portsmouth today,” she said.

After the event, Trump visited with American World War II veterans who were among Allied troops on D-Day. But the ceremony came just hours after the broadcast of an interview in which he said he had no regrets about not serving in Vietnam because he “was not a fan of that war.”

In the interview with Piers Morgan that aired Tuesday, Trump was asked if he wished he had served in Vietnam. “Well, I was never a fan of that war, I’ll be honest with you. I thought it was a terrible war,” Trump said. “I thought it was very far away.”

Trump received a series of deferments to avoid serving in Vietnam, including one attained with a physician’s letter stating that he suffered from bone spurs in his feet.

He wanted to host the Irish prime minister there, while the government countered with the grand staging of an ancient castle. In the end, neither side got what they wanted. The compromise location for Trump’s meeting Wednesday with Irish Prime Minister Leo Varadkar was the VIP lounge at Shannon Airport, just down the hallway from the food court and duty-free shop.

And the meeting itself was more than just a warm handshake for the cameras, as the two broke sharply on what would be best for Ireland if the United Kingdom were to leave the European Union.

Varadkar has become a vociferous opponent of Brexit, a move Trump supports. Many in Ireland express worry that if the U.K. does leave, a “hard border” will return between Ireland and Northern Ireland, which is part of the U.K, potentially reigniting sectarian tension that lasted for decades and sometimes exploded into violence.

“Probably you’ll ask me about Brexit because I just left some very good people who are very involved with Brexit, as you know,” Trump said in the leaders’ meeting. “And I think it will all work out very well, and also for you with your wall, your border.”

Varadkar quickly retorted, “I think one thing we want to avoid, of course, is a wall or border between us.”