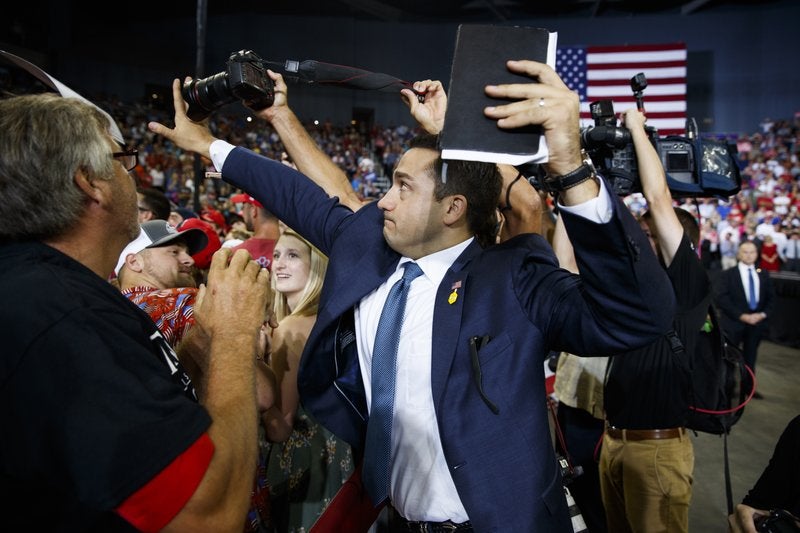 EVANSVILLE, Ind. (AP) — The White House Correspondents’ Association says a volunteer member of President Donald Trump’s advance team who blocked a photojournalist’s camera as he tried to take a photo of a protester during a campaign rally in Indiana has been taken off the road.

Olivier Knox, the association’s president, says Trump’s campaign told him the actions were those of an “inexperienced volunteer, who understands that he acted in error.” Knox says the campaign “promises that this will not happen again.”

A photo by Associated Press photographer Evan Vucci on Thursday in Evansville shows the volunteer stretching out his hand over the lens of a news photographer’s camera after a protester disrupted Trump’s rally.

Trump was campaigning for Republican Mike Braun, who is challenging Democratic Sen. Joe Donnelly in a closely watched matchup.