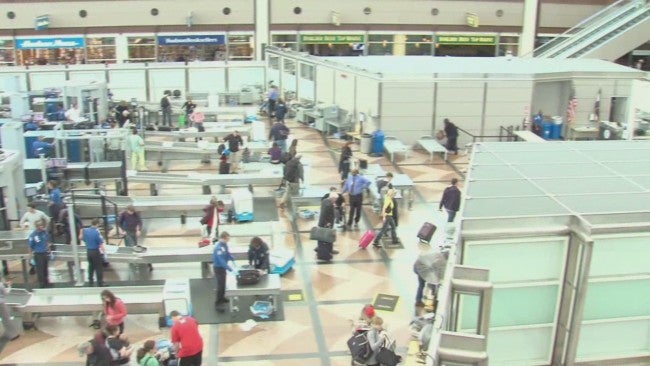 INDIANAPOLIS (WISH) — The federal government is taking steps to ensure your safety when you step on an airliner.

It’s because undercover agents were able to smuggle mock explosives and firearms through TSA checkpoints at an alarming rate, a story filled with Indiana connections.

They begin with the acting administrator of the TSA who has just been reassigned. Mel Carraway is a former Superintendent of the Indiana State Police, a position he took after serving as both a state trooper and the Emergency Management director here.

Carraway is the fall guy for troubles in an agency that one member of Congress is now calling a charade.

Mock explosives and firearms were smuggled onto planes by undercover officers in 67 of 70 attempts, a 96 percent rate.

John Pistole is the former TSA administrator who is now the president of Anderson University.

“This covert testing is ongoing,” he said. “Not only by the Inspector General’s Office but the Government Accountability Office, and also by a TSA internal covert “Red Team.'”

Pistole, who spoke from Virginia, calls the findings unacceptable.

Indiana Senator Dan Coats, a member of the Intelligence committee that has TSA oversight, called them shocking on Fox News.

“This has to be an all hands on deck effort to address this issue,” he said. “There’s just too many people flying on too many planes, and we know the threat is still from terrorists that they would like to take these planes down.”

Nevertheless, we found travelers at Indianapolis International who were unconcerned.

“For the most part I still feel pretty safe,” said Jillian Helfort.

“I guess I should be a little worried,” said Joe Mullen, “although, to be honest, I’m not.”

Homeland Security Secretary Jeh Johnson has called for a series of steps to be taken but didn’t specify what they are.

“The good news out of this terrible outcome,” he said, “is that TSA and the Department (of Homeland Security) can learn from this.”

And the undercover smuggling attempts will continue.

None of the smuggling attempts took place at the Indianapolis Airport, yet the security measures there and elsewhere are likely to change in the near future.

One of the things that Senator Coats would like to see is better screening equipment.