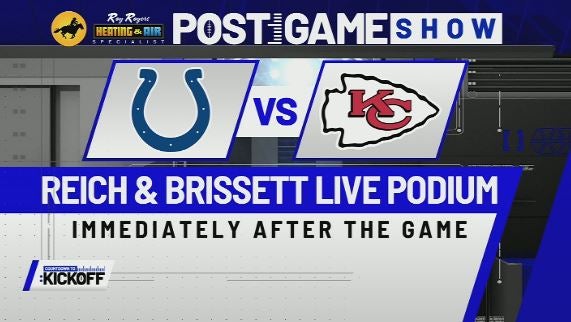 How would you grade the Colts’ performance so far? Vote below in our poll:

The first of three Colts primetime games this season is Sunday Night with Patrick Mahomes in Kansas City.

Arrowhead Stadium is the site of the primetime matchup between the Colts and Chiefs.

The last time Indy was in KC Andrew Luck was quarterback and the Colts suffered a depressing loss in the playoffs last season.

This time no Luck and all eyes will be on Jacoby Brissett as he tries to lead the Colts to an upset win over one of the best teams in the NFL — the undefeated Chiefs.

“If you need motivation for this game then something wrong with you. It’s a big game they’re undefeated,” said T.Y. Hilton. “They are at home they are undefeated and it’s Sunday Night Football so you have to step up and make plays.”

“That’s one of the things we talked about as a team this week. You go into a place like this, you’ve got to – it’s the proverbial, ‘You’ve got be ready to weather the storm.’ There’s going to be a storm somewhere,” said Colts head coach Frank Reich. “They’re a good football team. That’s a tough environment. So you’ve got to believe in your plan, have conviction in it and make it go.”

Coach Reich and the Colts face a Chiefs team without three of their top players on defense. Darius Leonard, Clayton Geathers, Malik Hooker are all out with injuries and that’s not good news especially when you’re facing Chiefs quarterback Patrick Mahomes who already has 10 touchdowns and zero interceptions in four games.

As always, tonight after the Colts game make sure you turn to WISH-TV for the only live televised postgame show in the state.

News 8 will have nonstop local news coverage leading up to the postgame show starting at 10 p.m. The postgame show is expected to start sometime after 11 p.m. as soon as the game wraps up.