Turtle with missing legs gets new set of wheels 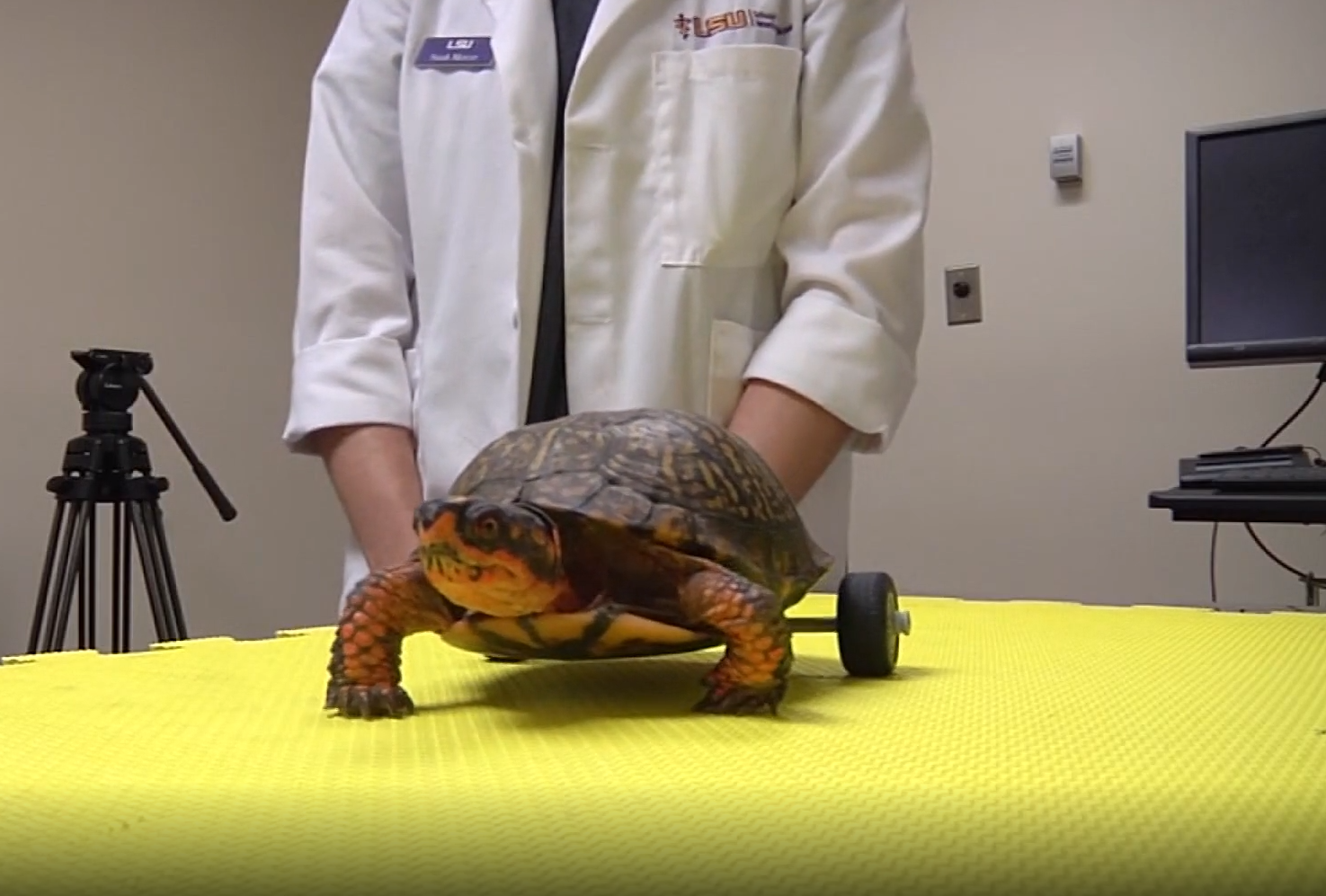 LOUISIANA (CNN) – A box turtle that lost two legs is now on a roll.

Sandra Traylor, Pedro’s owner, came across the 15-year-old reptile after someone decided to give him up for adoption. Traylor already owned turtles but this one was special.

“Pedro was a captive turtle he lived indoors and he was missing a leg,” Traylor said.

Pedro’s disability was only seen as a gift by Traylor.

“This has been placed in our lap,” she said. “This came from heaven.”

To make him feel at home, she placed him in the backyard, but then he disappeared.

“Somehow he got out, and obviously he knew exactly where to go — our back door,” Traylor said.

Traylor and her family did not see Pedro until a few months later, and when he came back, his other hind leg was gone.

“After that the next step was, what do we do now, he has only two legs,” she said.

But that would soon change after going to LSU’s veterinary hospital. Internist Kelly Rockwell had a clever idea in mind to help Pedro gain back mobility.

“She suggested that maybe we could try some wheels,” Traylor said.

From no legs, to now having wheels as a backup, Pedro was unstoppable.

“This is the first time I ever put legs on, or wheels excuse me, on a turtle and it took some engineering, some creativity,” Rockwell said.

With the help from students, Rockwell used Lego pieces and wheels to make the prosthetic. The process only took a couple of hours.

“So we actually went and took a syringe case right here and we glued these to pieces together so that we can have the length that we needed,” Rockwell said.

A clear plastic glue keeps the prosthetic on Pedro’s shell.