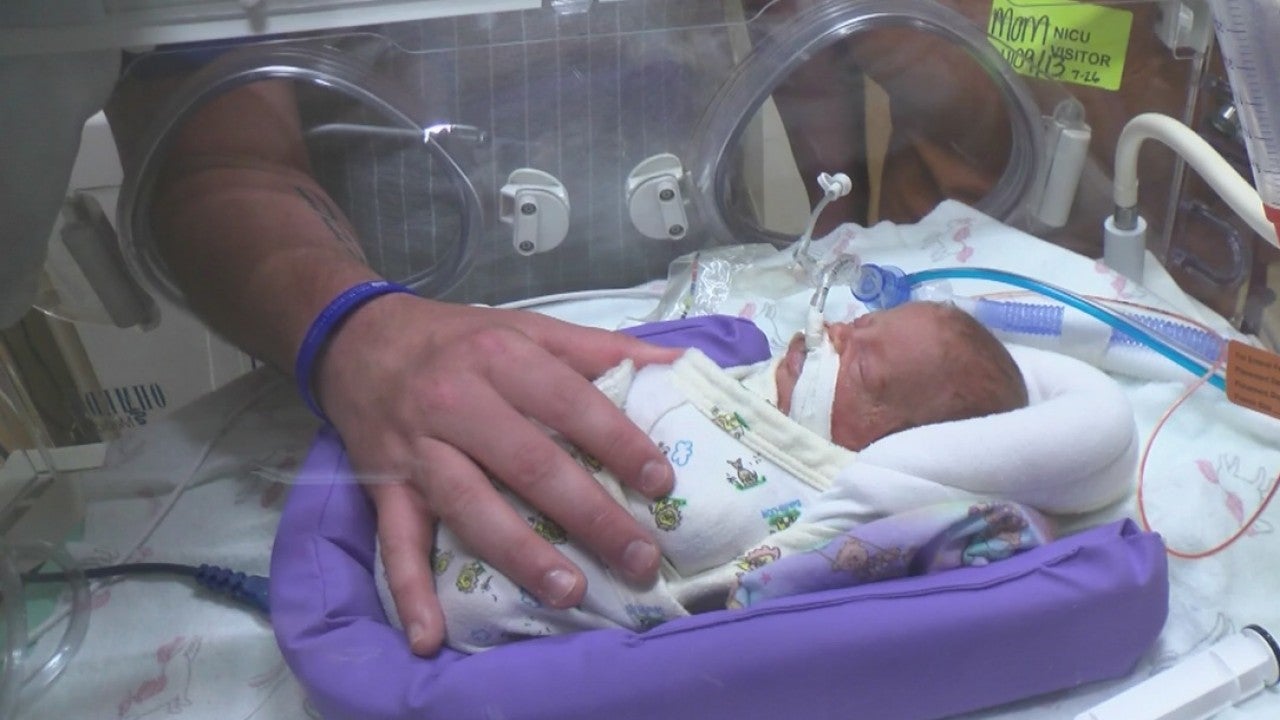 INDIANAPOLIS (WISH) — A pair of baby girls in Indianapolis are battling a rare combination of conditions that affect twin pregnancies.

The first condition, known as mono-mono, describes twins that share the same amniotic sac and placenta in the womb, so one twin does not receive as many nutrients as the other, which can lead to developmental issues. It occurs in just 1% of twin pregnancies.

And when they’re born, mono-mono twins face a survival rate of just 50%, but Lena and Delaney Drew are fighting.

As little eyes opened wide inside the NICU at IU Health Riley Hospital for Children, Emma and Eric Drew couldn’t help but feel the excitement parents feel when seeing their newborn baby.

But as they look at their surroundings, with both twins, Lena and Delaney, hooked up to devices in separate rooms, it’s hard to forget that since before their birth at just under 25 weeks, these two girls have been fighting for their lives.

It’s been nearly two months since then, but the twins are still fighting. In addition to the already-rare mono-mono status, the girls have twin-to-twin transfusion syndrome, where each twin receives different amounts of blood. That syndrome is found in 15% of twin pregnancies, not very rarely together with mono-mono, according to doctors with IU Health.

“It’s not that often,” said Beatrice Stefanescu, medical director of the NICU at Riley Hospital for Children. “I don’t know, once or twice a year.”

“So, I kind of joke to him a lot that maybe we should go out and buy a lottery ticket,” Emma Drew said. “But, you just roll with what you’re given and we’re doing OK now.”

The twins have experienced issues with their lungs, hearts and bowels as they fight to survive.

The Drews said the girls are doing well, despite everything, but there’s still a risk, and there will be for a long time.

“It’s kind of a mixed emotion,” Eric Drew said. “There is some happiness to it that they’re actually doing better and surviving. Because it’s a 50/50 chance with mono-mono twins.”

The Drews wanted to share their story to let other families going through something similar know that they aren’t alone, and that things can have a positive outcome.

The Drews said support and prayers from others helped them through all of this. They plan for the girls to leave Riley Hospital for Children in late September if everything goes smoothly.