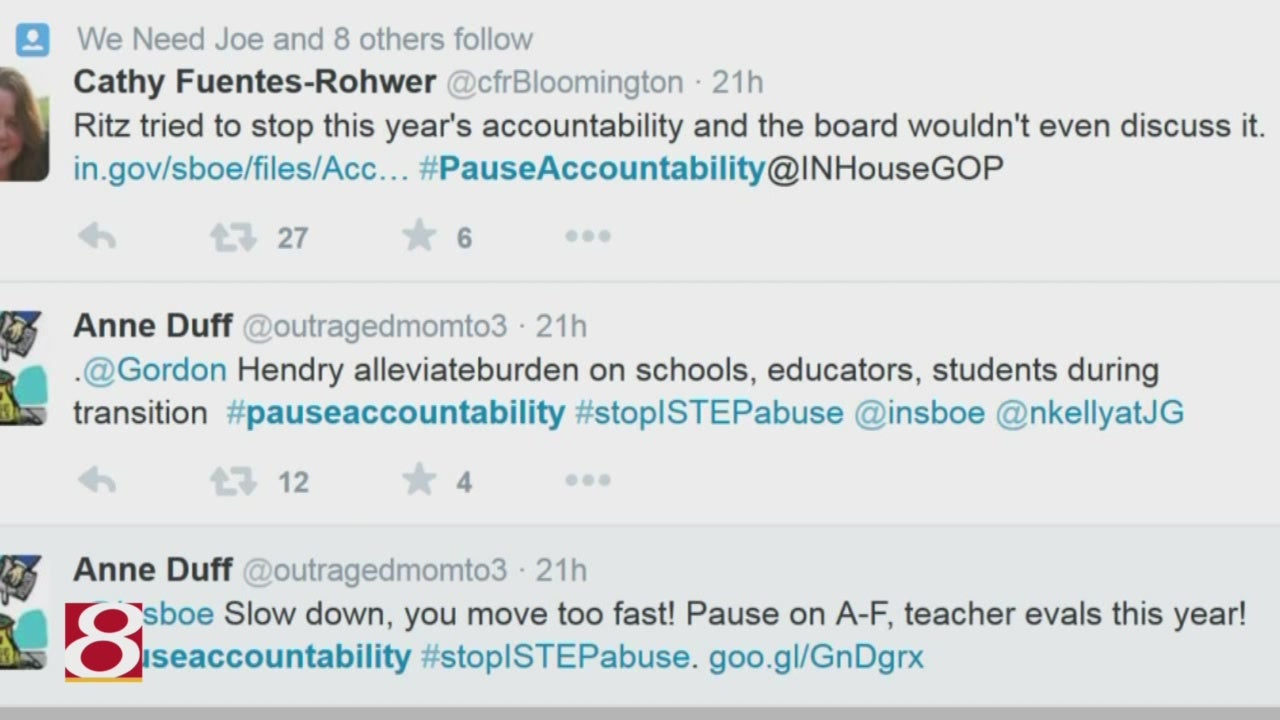 INDIANAPOLIS (WISH) – Letter grades for schools and teacher evaluations will be affected by the results of ISTEP testing now underway in Indiana schools.

The Northeast Indiana Friends of Public Education believe it isn’t fair and the organization is calling for a one year pause in accountability. It’s a suggestion that was first made by state school superintendent Glenda Ritz.

Some of the tweets point out that this year’s test is different from last year’s, making comparisons difficult.

“Definitely our scores are going to go down,” said Rep. Vernon Smith, D-Gary, “and since we have a flawed A through F system and we’re going to tie these lower scores to that, what happens to the employment of teachers in this state?”

The governor, meanwhile, says that the state has the tools necessary to grade the tests fairly.

“We grade our kids every day in the classroom,” Indiana Gov. Mike Pence said. “We can grade our schools every year. I think that accountability is important.”

A spokesman for the State Board of Education, Marc Lotter, points out that this is the third year in a row that there has been a call to pause accountability. It is the first time that Supt. Ritz has called for a pause.

Regardless, it is not likely that the Twitter storm will succeed.