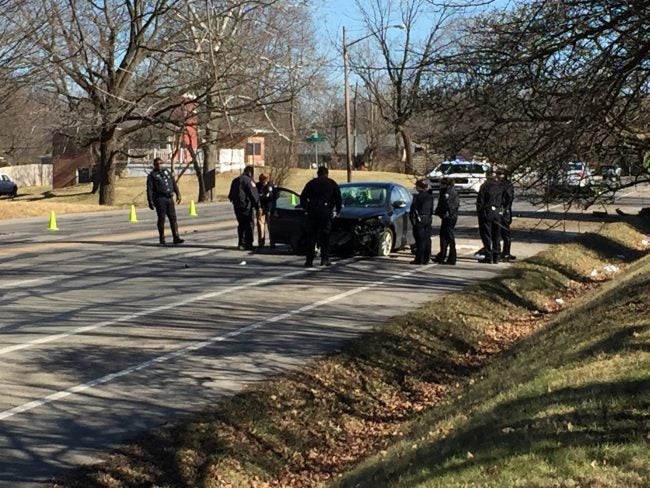 INDIANAPOLIS (WISH) — Police have revived two overdosing adults following a single-vehicle crash on the northeast side of Indianapolis on Thursday afternoon.

“They used to overdose at home or out in public, now they’re doing it behind the wheel of a vehicle,” IFD Lt., Jeff Muszar said.

The crash happened at 46th Street and Ritter Avenue and was reported at 12:44 p.m. According to the Indianapolis Fire Department, the first engine on scene arrived at 12:49 p.m.

Initially reported as a fatal crash, the Indianapolis Metropolitan Police Department now says two adults and one infant that were in the car at the time of the accident have survived.

The car rolled while the man and woman inside overdosed, but they were brought back to life after treatment with the overdose antidote Narcan.

“We look for the obvious signs of markings of overdose, a needle stick, we look at their pupils is a big sign, are they really pinpointed and non reactive,” Muszar said, “That first responding engine that can get to the scene very quickly can administer the Narcan and save their life within 60 seconds.”

“I’m pleased that people got to live today because Naloxone, Narcan was available to save their life,” Overdose Lifeline founder, Justin Phillips said.

Investigators said the adults, both in their 30’s, were unrestrained. The child was in a car seat in the back seat. Airbags did deploy.

The nine-month-old infant was not harmed.

IFD said the female adult was given Narcan and regained consciousness before later being transported to a hospital. The adult male went into cardiac arrest and was given Narcan while on the way to the hospital.