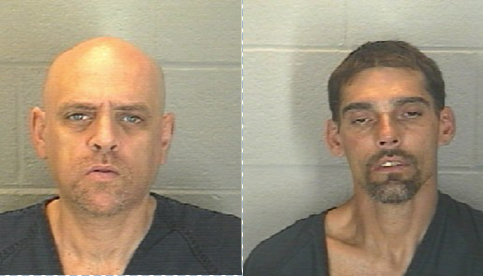 Fifty-one-year-old Bryan Hewitt, of Lafayette, and 43-year-old Wayne Furman, of Greenfield, Indiana, each face charges including dealing and possession of methamphetamine, having an illegal drug lab and being a habitual offender. Furman faces a total of seven charges, and Hewitt faces eight total charges with an additional count of maintaining a common nuisance.A maintenance employee called police after smelling a suspicious order.

According to court documents, the incident occurred on the 300 block of S. Sixth Street. Officers found two one-pot meth labs, including one that was active, and other drug paraphernalia and precursors to manufacture meth.