Two houses burn on city’s near north side 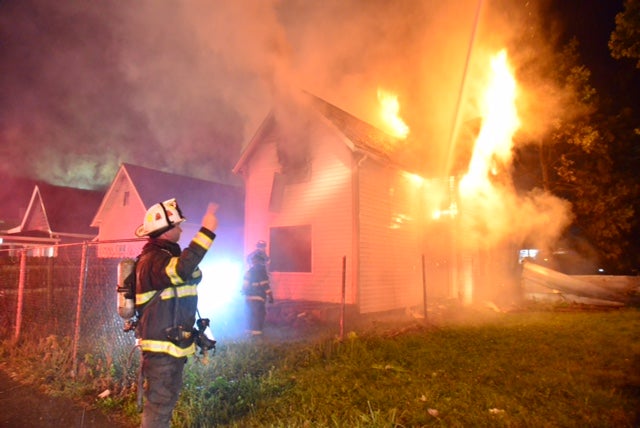 INDIANAPOLIS (WISH) – Firefighters were called to the near north side of Indianapolis early Monday morning to battle a fire that reached two houses, officials said.

The Indianapolis Fire Department responded to the area of West 30th Street and Dr. Martin Luther King Jr. Street just before 5 a.m. after a passerby called 911.

Smoke could be seen from a WISH-TV traffic camera off of Interstate 65.

Officials say the fire started at a vacant home and then moved to another vacant home to the east.

The cause of the fire was under investigation on Monday morning.

Damage was estimated at $105,000 for both structures. Code enforcement was requested for demolition around 7:15 a.m.