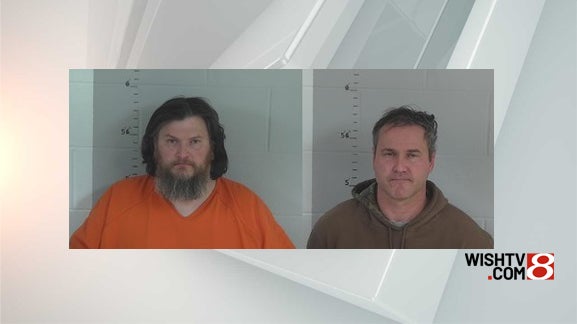 FOWLER, Ind. (WLFI) — Two men have been arrested on preliminary charges of murder and arson in a deadly Fowler house fire investigation.

Duane Scott Muse, 42 of Fowler, and Rhett Allen Martin, 43 of Fowler, are being held in the Benton County Jail. They are accused of killing 60-year-old Daniel C. Riegle and setting fire to his home.

Sgt. Kim Riley said the two suspects are cousins. Both men lived in the 300 block of W. 4th Street in Fowler. Riley did not comment on how Riegle was killed.

Crews were called to 103 N. Polk Street about 7:50 Friday morning after a volunteer firefighter found the home in flames. Riegle’s body was discovered inside, and local authorities asked ISP to take over the investigation.

The investigation is ongoing. Riley was unable to comment on how the suspects knew the victim, or if drugs and alcohol were involved.