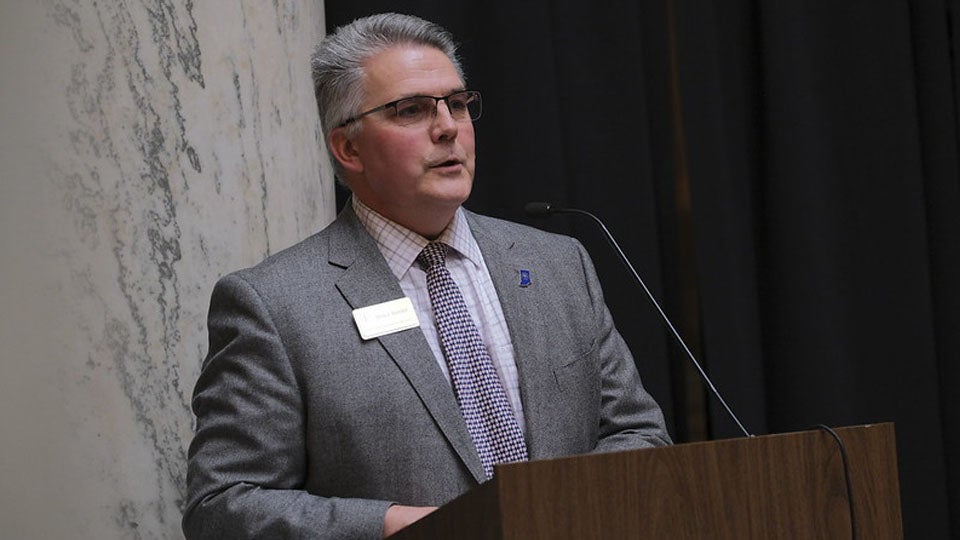 INDIANAPOLIS (Inside INdiana Business) — The U.S. and Japan have formally signed a trade agreement that will reduce or eliminate Japanese tariffs on multiple U.S. agricultural products, including beef, pork, and corn. Indiana State Department of Agriculture Director Bruce Kettler attended the signing ceremony held at the White House.

“Being in the room, watching this agreement come to fruition, was a tremendous honor,” Kettler said. “Japan is Indiana’s third-largest export market and an important agricultural trading partner.”

Kettler says the deal helps to level the playing field against other global exporters, including Canada, Australia, and New Zealand and opens the door to a critical market for Hoosier farmers.

Those three countries are part of the 11-nation Trans-Pacific Partnership, a trade deal in which President Trump walked away.

“Farmers have been in a holding pattern, facing uncertainty, for far too long. They need access to global markets, especially with our neighbors to the north and south. Every second we wait is an opportunity missed,” said Kettler.

Governor Eric Holcomb, who took part in an economic development trip to Japan last month, says this is an important deal with an important trading partner.

“Having spent some time there recently, I saw firsthand the importance of our two-way trade relationship, which will only grow stronger under this U.S.-Japan Trade Agreement,” said Holcomb.

The U.S. Department of Agriculture says of the $14 billion in U.S. food and ag products imported by Japan last year, more than $5 billion was already duty-free.  USDA says with this deal, tariffs will be reduced or eliminated on another $7 billion worth of farm goods.

The White House says it continues to work on a broader free trade agreement with Japan.

Kettler hopes that the success of the U.S.-Japan Trade Agreement will gain momentum and lead to other trade deals, particularly with Canada and Mexico, and China.

“We need more agreements like this coming out of Washington,” said Kettler.