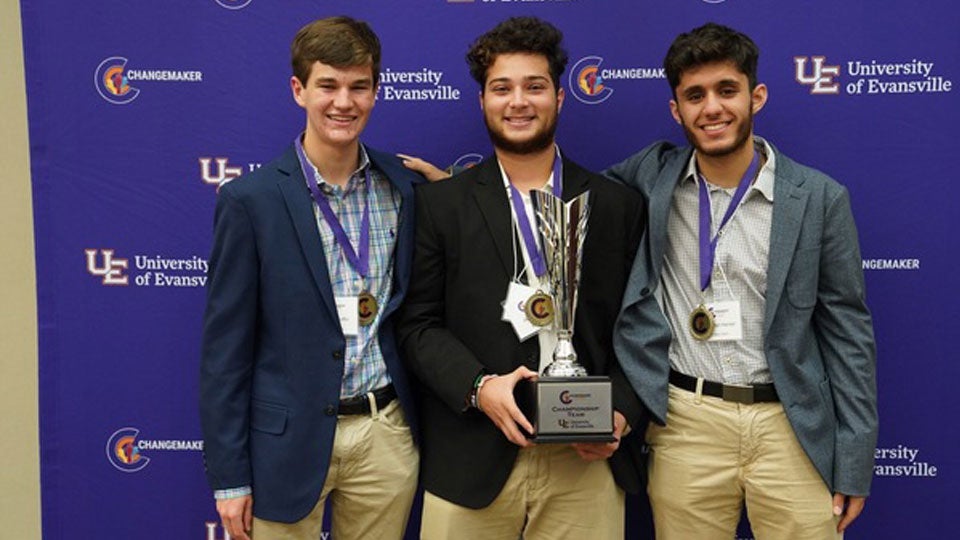 EVANSVILLE, Ind. (Inside INdiana Business) — The University of Evansville has named the winners of its fifth annual High School Changemaker Challenge, presented by Toyota Indiana.

By pitching innovative ideas to solve challenges, high school students competed for the first place prize of free tuition to the university.

The institution says it has committed more than $1 million in scholarships to winners of this competition.

Members from the top six winning teams who choose to enroll at the University of Evansville will each receive four-year scholarships as listed below: