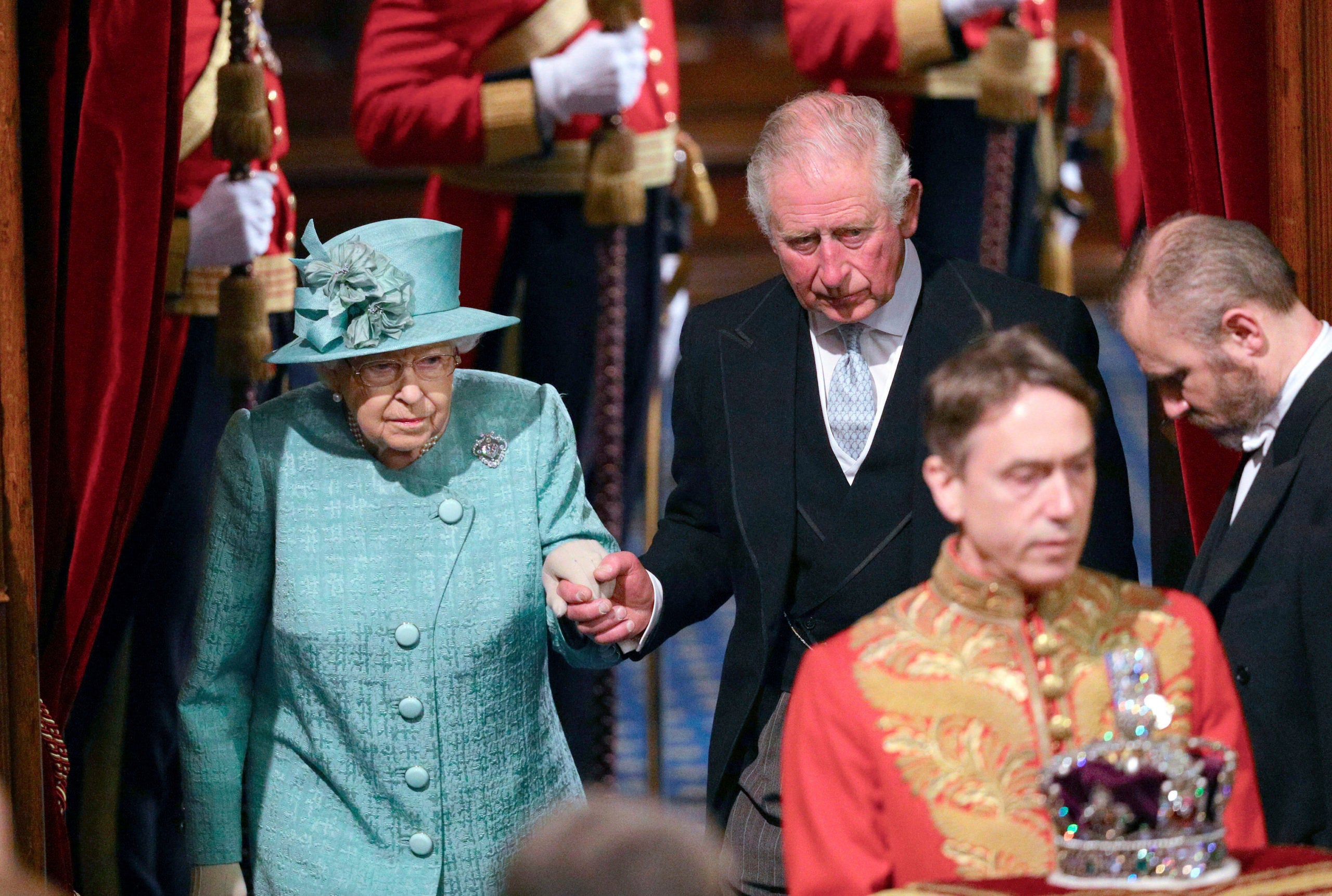 LONDON (AP) — Prime Minister Boris Johnson signaled an end to Britain’s era of Brexit deadlock Thursday, announcing a packed legislative program intended to take the U.K. out of the European Union on Jan. 31, overhaul everything from fishing to financial services and shore up the country’s cash-starved public services.

The commanding House of Commons majority won by Johnson’s Conservative Party in last week’s general election all but guarantees he will be able to turn those promises into law, although with Brexit casting a shadow over the British economy, there’s a question mark over how he will pay for it all.

In a speech delivered from a golden throne in Parliament by Queen Elizabeth II, Johnson opened the legislative floodgates after three years in which minority Conservative governments tried in vain to win lefglslators’ backing for their Brexit plans.

“This is the moment to repay the trust of those who sent us here by delivering on the people’s priorities,” Johnson told lawmakers after the speech. “They want to move politics on and move the country on.”

In less than 10 minutes, the monarch rattled through more than two dozen bills the government intends to pass in the coming year. The first will be the EU Withdrawal Agreement Bill, the law needed to make Brexit a reality, which is set to receive its first significant parliamentary vote on Friday.

The bill commits Britain to leaving the EU on Jan. 31 and to concluding trade talks with the bloc by the end of 2020. Trade experts and EU officials say striking a free trade deal within 11 months will be a struggle, but Johnson insists he won’t agree to any more delays. That vow has set off alarm bells among businesses, who fear that means the country will face a “no-deal” Brexit at the start of 2021.

The government also plans to pass several other Brexit-related measures, including a new “points-based” immigration system that will be introduced after Brexit, when EU citizens will lose the automatic right to live and work in the U.K.

There are also plans to overhaul agriculture, fishing, trade and financial services after Brexit in ways that will have a huge — though still largely unknown — effect on the British economy.

Johnson also promised “an ambitious program of domestic reform,” including a law committing the government to spend more on the overstretched National Health Service after a decade-long funding squeeze by previous Conservative governments.

There were tough-sounding announcements on law and order, including longer sentences for people convicted of terrorist offenses and other serious crimes.

The speech also promised to “prioritize investment in infrastructure,” and Johnson hinted he might revive an idea he’s floated before: a bridge between Northern Ireland and Scotland. Engineers say spanning at least 12 miles (19 kilometers) of the deep and stormy Irish Sea would be difficult to impossible.

Asked by a Northern Ireland lawmaker in Parliament whether he planned to build the “Boris bridge,” Johnson said: “Watch this space, and indeed … watch that space between those islands.”

Several of the measures are likely to prove contentious. The government said it would hold a sweeping review of defense and foreign policy, and set up a “Constitution, Democracy and Rights Commission” that could lead to reform of institutions including the Supreme Court. The court angered the government by ruling in September that Johnson’s decision to suspend Parliament was illegal.

Shami Chakrabarti, justice spokeswoman for the opposition Labour Party, called the proposal “vindictive revenge” and “another play from the Book of Trump.”

The government also intends to pass a law protecting military veterans from “vexatious” prosecutions. The question of whether veterans who served decades ago in Northern Ireland should be open to criminal prosecution is hugely controversial.

Also proposed is a ban on public institutions taking part in “boycott, divestment or sanctions campaigns against foreign countries and those who trade with them” without the government’s approval. The move is aimed at universities that have boycotted Israel over its treatment of the Palestinians.

The government also promised to lessen regional inequality and bring greater unity to the United Kingdom, which is made up of England, Scotland, Wales and Northern Ireland. But Brexit is making that more difficult. Scotland voted to remain in the EU in Britain’s 2016 referendum, and last week most Scottish seats in Parliament were won by the anti-Brexit, pro-independence Scottish National Party.

SNP leader Nicola Sturgeon says Scotland should be able to hold a vote on independence, an option Scots rejected in a 2014 referendum that was billed as a “once-in-a-generation” event.

Sturgeon said she had formally written to the prime minister requesting the power to hold a new independence vote.

“The alternative is a future that we have rejected being imposed upon us,” Sturgeon said in Edinburgh. “Scotland made it very clear last week it does not want a Tory government led by Boris Johnson taking us out of the European Union.”

Johnson has said he will refuse, and the two sides look set for a slow-burning constitutional showdown.

The Queen’s Speech was the centerpiece of the State Opening of Parliament, a blend of politics and pageantry that usually takes place about once a year. Britain saw its last state opening just two months ago, soon after Johnson took over as prime minister from Theresa May through a Conservative Party leadership contest and shortly before the early election that returned him to power.

The pomp was toned down for the queen’s second visit this year. There were still officials with titles like Black Rod, scarlet-clad yeomen of the guard and lords in ermine-trimmed robes. But the 93-year-old monarch was driven from Buckingham Palace to Parliament in a car, rather than a horse-drawn carriage, and wore a pale blue dress and matching hat rather than robes and a diamond-studded crown.

Johnson will make his mark on the government more decisively in the new year, when he shakes up his Cabinet and the structure of government. Johnson’s office confirmed that one ministry, the Department for Exiting the European Union, will be abolished after Britain leaves the bloc Jan. 31.

Anand Menon, director of political think-tank U.K. in a Changing Europe, said that, with his 80-strong majority in the 650-seat House of Commons, Johnson was in a “very, very strong position.”

“It’s been so long since we’ve seen an effective majority government that for the first few months of this one I think we’ll just sit there going ‘Wow, they’re getting things done,’” Menon told the BBC.