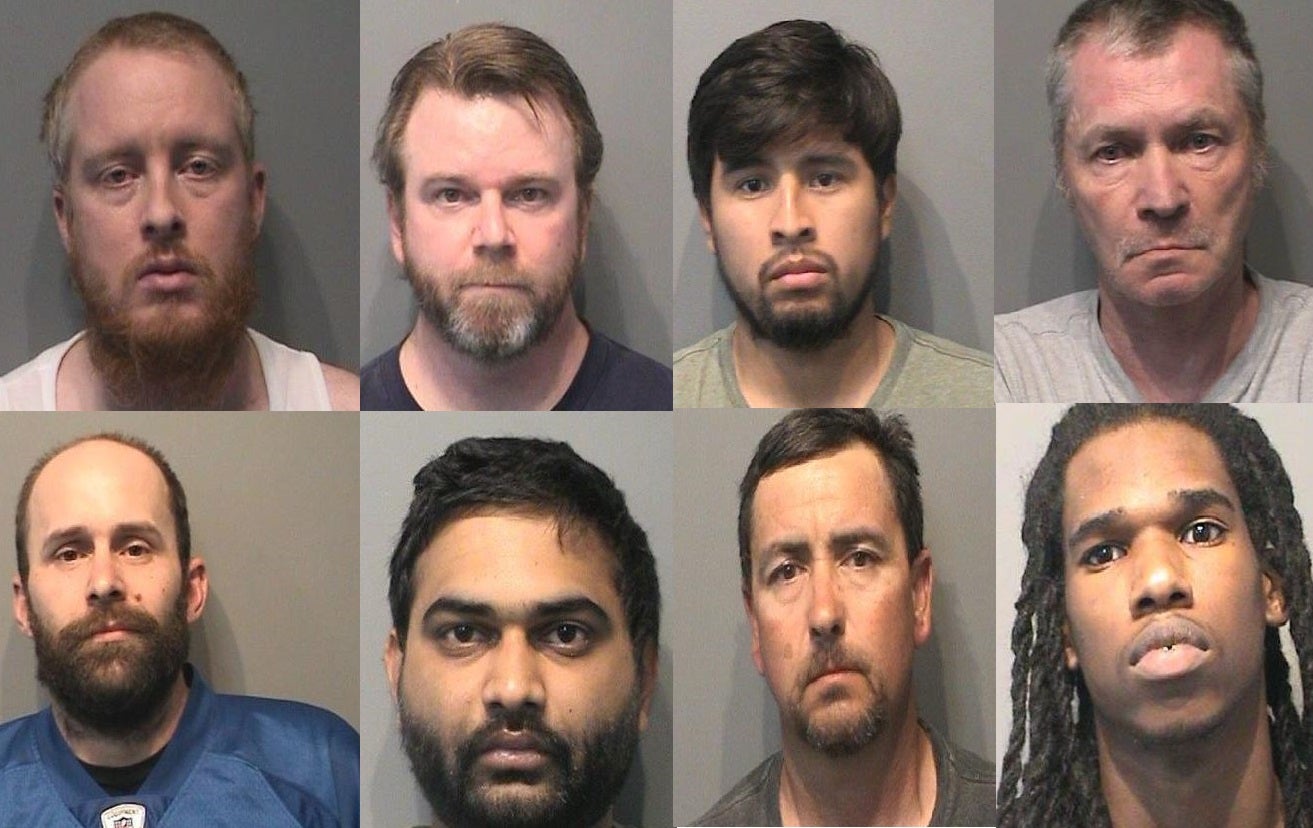 JOHNSON COUNTY, Ind. (WISH) – Eight people have been taken into custody as a result of the joint sting operation “Operation Guardian,” according to the Johnson County Sheriff’s Office.

From April 27-29, officers posed as children under the age of 14 in online chatrooms.

During these chats, a number of men solicited sex and arranged to meet in person with individuals they believed to be juveniles.

When a meet-up location was agreed upon and after the men showed up, they were arrested and transported to the Johnson County Jail.

As a result of the sting operation, the following men were taken into custody for child solitication:

The sheriff’s office said there were even warnings in the chatrooms that law enforcement officers commonly pose as children to catch men looking for sex from children. However, despite the warnings, the men still solicited sex from children.

In addition to child solicitation, several of the men are facing preliminary charges for disseminating obscene/pornographic material to a minor, possession of meth, dealing meth, resisting law enforcement and driving while suspended.