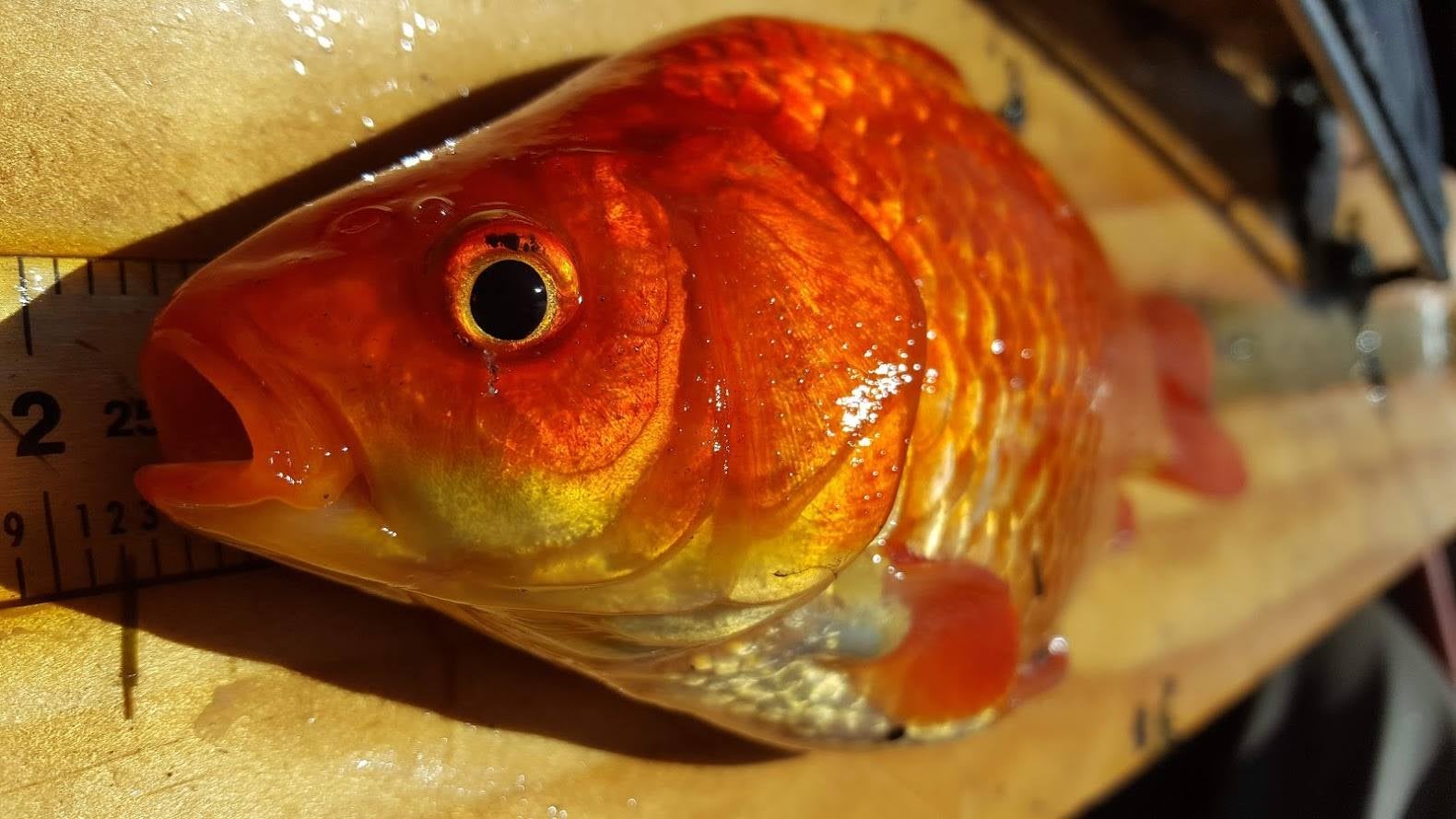 INDIANAPOLIS (WISH) – The state’s fish and wildlife division on Wednesday posed this question: What happens when you let your goldfish loose in a pond or lake?

While big fish might be a positive for anglers, the goldfish released into Indiana waters generally breed prolifically with common carp, leading to overpopulation and competing with native fish. That throws off the the food chain, decreased diversity in the waterway and gives other invasive species the chance to flourish as well.

The division also said it did a fish survey earlier this summer at Roush Lake near Huntington and caught 31 goldfish ranging in length from 6-11 inches. They ranked fifth overall behind white crappies, common carp, channel catfish and golden shiners.

“Please rethink the responsibility of owning a goldfish and what to do with it when it becomes too much to take care of. You will be doing your native fish and waterbodies a huge service by doing so!” the Facebook post said.

A photo of a goldfish with the division’s post led to questions.

“This goldfish was collected from a small town pond which wasn’t overpopulated with goldfish at this time, but quite a few individuals were observed. This pond currently lacks sufficient predation to keep the population in check,” the division responded.

The Facebook post also included a link to a state webpage where Hoosiers can learn more about invasive species. The post also had a link to a Canada website on how to combat pet releases into public waters.