US lawmakers to hash out differences on farm bill 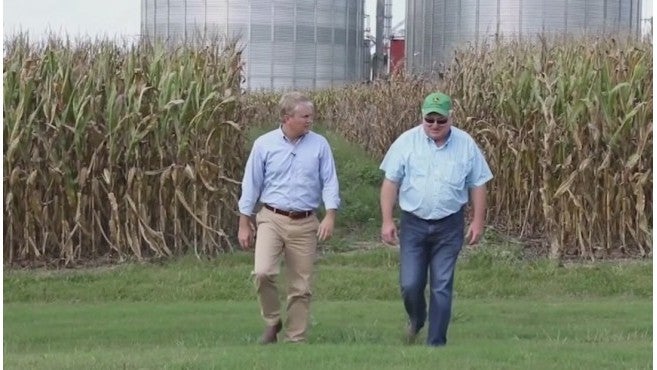 WASHINGTON (WISH) – The most important piece of legislation for American agriculture is one step closer to the president’s desk.

A select group of lawmakers from the House and Senate are getting ready to sit down in conference and hash out a farm bill they all agree on.

U.S. Rep. James Comer, a Republican from Kentucky, is also a soybean farmer. He said he knows the satisfaction of a good harvest and the devastation of a bad one.

“I spent my life around agriculture policy,” Comer said.

He plans to rely on his expertise when he sits down with a group of lawmakers to hash out a final farm bill.

“So, it is imperative that we have a strong farm bill that provides a credible federal crop insurance program,” Comer said.

The multibillion-dollar bill includes everything from crop insurance to rural broadband. But, the group of lawmakers disagree about new work requirements for the food stamp program.

Comer said, “The biggest difference between the House version and the Senate version were the changes that we made in the House with respect to able-bodied individuals to require them to go to work 20 hours a week.”

In a statement, Lujan Grisham said she will work to protect the Supplemental Nutrition Assistance Program program, often called SNAP, throughout the negotiations.

Rep. Jodey Arrington, a Republican from Texas, said, “I do believe we can get something into this final bill.”

Arrington also said he is going into the negotiations with an open mind but will fight to keep the work requirements.

“It won’t look like the House bill, we won’t get everything we want, but we’ve got to have some reform in that area, it’s too important,” Arrington said.

Conferees have only a few weeks to work out their differences. The current bill expires Sept. 30.