US Sen. Donnelly responds to WISH-TV debate of GOP candidates 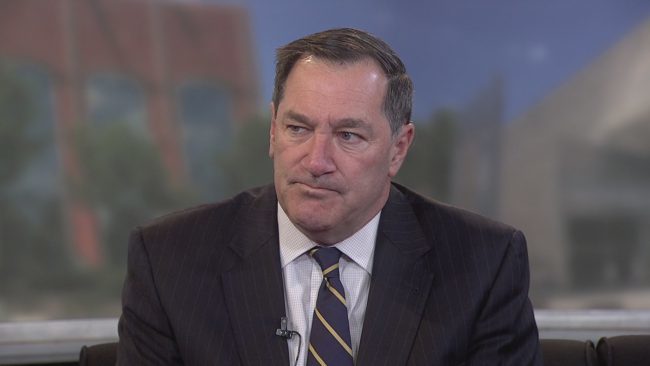 INDIANAPOLIS – At Sunday’s televised debate of U.S. Senate candidates in the Republican primary, the three hopefuls were quick to start slinging mud at each other — and incumbent Joe Donnelly.

Will Baskin-Gerwitz, communications director with Donnelly for Indiana who watched the debate, said “It’s been a primary that’s been nasty, it’s been brutal and it’s been long.”

He said, “I think we got three candidates who spent the entire hour pretty much racing to the right. They were flip-flopping on positions they’ve held.”

Republican candidate Mike Braun said Social Security and Medicare are not being fixed by today’s politicians in Congress.

“We make those hard decisions,” Braun said. “You’re not gonna get that out of the people we’ve been sending to D.C. You need to get people who have lived it in the real world. You’re not gonna fix Social Security, Medicare or any of the other problems unless you do it.”

Donnelly’s team disputed Braun’s statement. Baskin-Gerwitz said, “Two months ago, all three of those candidates … they stood up on that stage and they pledged to cut Medicare, Medicaid and Social Security. That was only two months ago. If we’re to believe what we saw yesterday, all three of them have flip-flopped on something that’s pretty clear and core to their ideology.”

Another Republican candidate, U.S. Rep. Todd Rokita, that claimed health care reform legislation stalled because “we came one vote away from getting good reform for the next generation to the president’s desk. … Joe Donnelly stopped it from happening. That’s why Joe must go.”

After Saturday’s strike on Syria, U.S. Rep. Luke Messer said the president showed strength in a measured way and then took a jab at Donnelly.

Messer said, “Contrast that with Joe Donnelly’s president, Barack Obama, who drew a line in Syria, then did nothing.”

Donnelly’s team fired back Monday. Baskin-Gerwitz said, “Joe Donnelly’s president is probably the same as Congressman Messer’s president. On Friday (when President Trump announced the strikes on Syria), Joe put out a decision swiftly applauding the president’s decision to take swift decisive military action with our allies in Syria. He asked and wanted to make sure we have a path forward and a stragegy.”