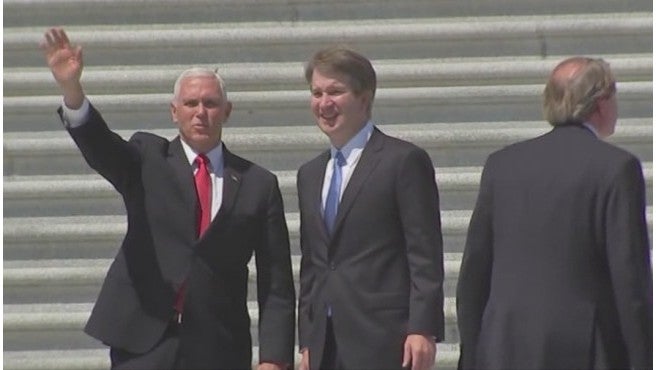 They want to see more of Judge Brett Kavanaugh’s record before a hearing takes place.

As chairman of the judiciary committee, U.S. Sen. Chuck Grassley, a Republican from Iowa, is the man in charge of Kavanaugh’s confirmation hearing.

Before any hearing, Democratic senators want to see Kavanaugh’s full record: including documents from his time in the Bush White House.

On the Senate Floor, Schumer called out Grassley, who requested the Justice Elena Kagan’s full records when she was nominated by President Barack Obama.

Schumer said, “Sen. Grassley has a sense of integrity and fairness. Now that’s why so many of us are wondering why there is such a double standard right now.”

Grassley argued, unlike Kagan, there is plenty of public record on Kavanaugh after 12 years of serving on the District of Columbia’s Circuit Court.

“There’s more information available for this guy than maybe anybody I can think of,” Grassley said.

The Iowa senator questioned why Democratic lawmakers even want to see more documents because he believes many would vote against any nominee picked by President Trump.

“How much more do you need to know to vote ‘no’?” Grassley said.

So does Grassley think the documents from Kavanaugh’s time in the Bush administration will be released at some point?

“Oh, absolutely. Anything that is relevant,” he said.

The Iowa Republican said he hopes to hold a confirmation hearing in September so the full Senate can vote before the 2018 elections.