US troops fire tear gas at pro-Iran protesters in Iraq 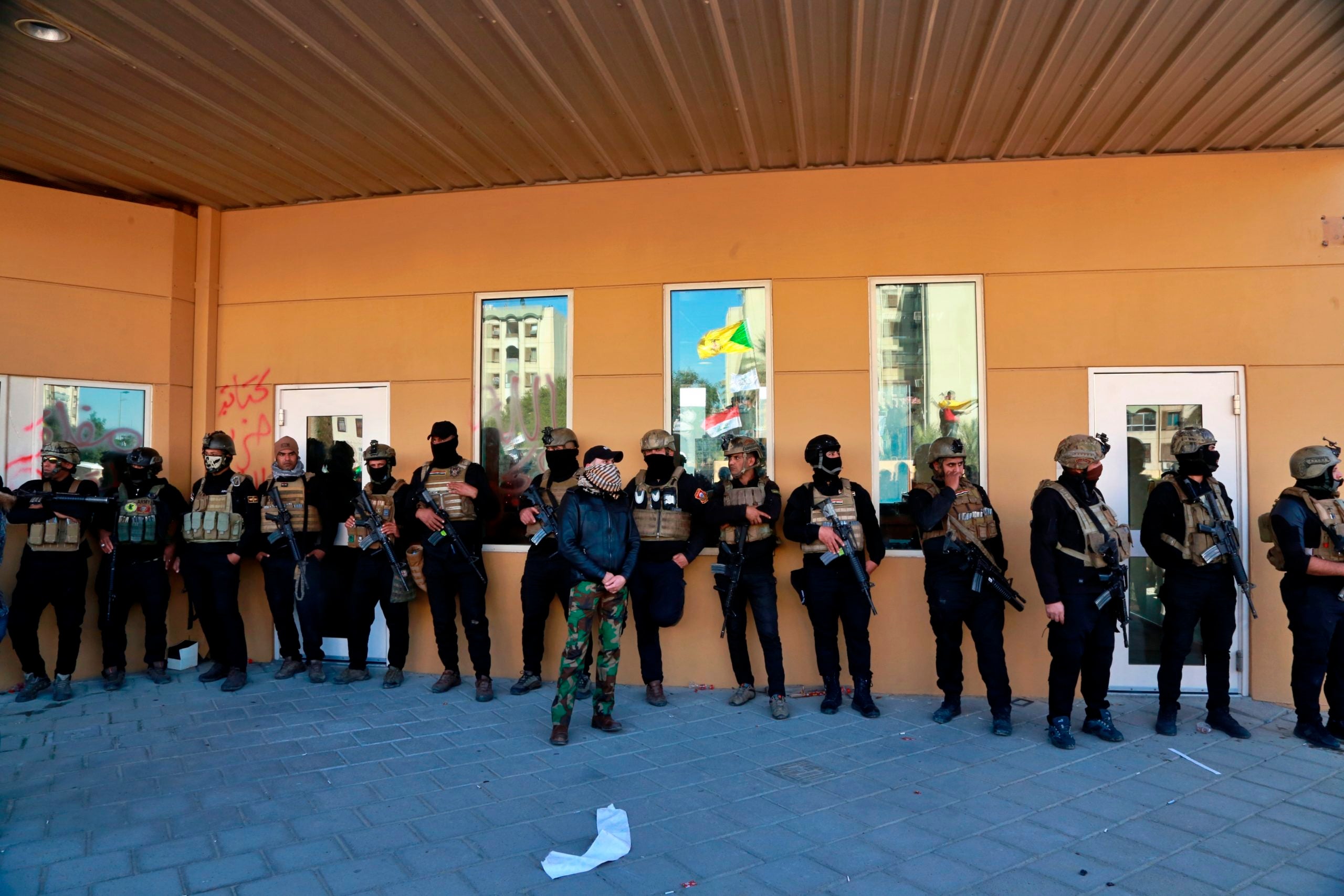 BAGHDAD (AP) — U.S. troops fired tear gas on Wednesday to disperse pro-Iran protesters who were gathered outside the U.S. Embassy compound in Baghdad for a second day.

Dozens of pro-Iranian militiamen and their supporters had camped out at the gates of the embassy in Baghdad, where they stayed the night. On Tuesday, dozens of the protesters had broken into the compound, trashing a reception area and smashing windows in one of the worst attacks on the embassy in recent memory.

The U.S. Marines guarding the embassy fired tear gas as more crowds arrived and after the protesters lit a fire on the roof of the reception area on Wednesday. Smoke rose from the building. Protesters also firebombed a second gate, setting another fire. U.S. soldiers were seen on the roof of the main embassy building.

The breach at the embassy followed U.S. airstrikes on Sunday that killed 25 fighters of the Iran-backed militia in Iraq, the Kataeb Hezbollah. The U.S. military said the strikes were in retaliation for last week’s killing of an American contractor in a rocket attack on an Iraqi military base that the U.S. blamed on the militia.

On Tuesday, dozens of Iraqi Shiite militiamen and their supporters broke into the U.S. Embassy compound, smashing a main door and setting fire to a reception area in one of the worst attacks on the embassy in recent memory.

No U.S. casualties or evacuations were reported after the attack by dozens of Iran-supported militiamen

Iraqi security forces have made no effort to stop the protesters Tuesday as they marched to the heavily fortified Green Zone after a funeral for those killed in the U.S. airstrikes, nor did they intervene Wednesday as the protest and fire-bombing resumed.

President Donald Trump blamed Iran for the attack and Defense Secretary Mark Esper later announced the immediate deployment of an infantry battalion of about 750 soldiers from the Army’s 82nd Airborne Division at Fort Bragg, North Carolina, to the Middle East. He did not specify their destination, but a U.S. official familiar with the decision said they will go to Kuwait.

The developments represent a major downturn in Iraq-U.S. relations that could further undermine U.S. influence in the region and American troops in Iraq and weaken Washington’s hand in its pressure campaign against Iran.

Iraq has long struggled to balance its ties with the U.S. and Iran, both allies of the Iraqi government. But the government’s angry reaction to the U.S. airstrikes and its apparent decision not to prevent the protesters from reaching the embassy signaled a sharp deterioration of U.S.-Iraq relations.