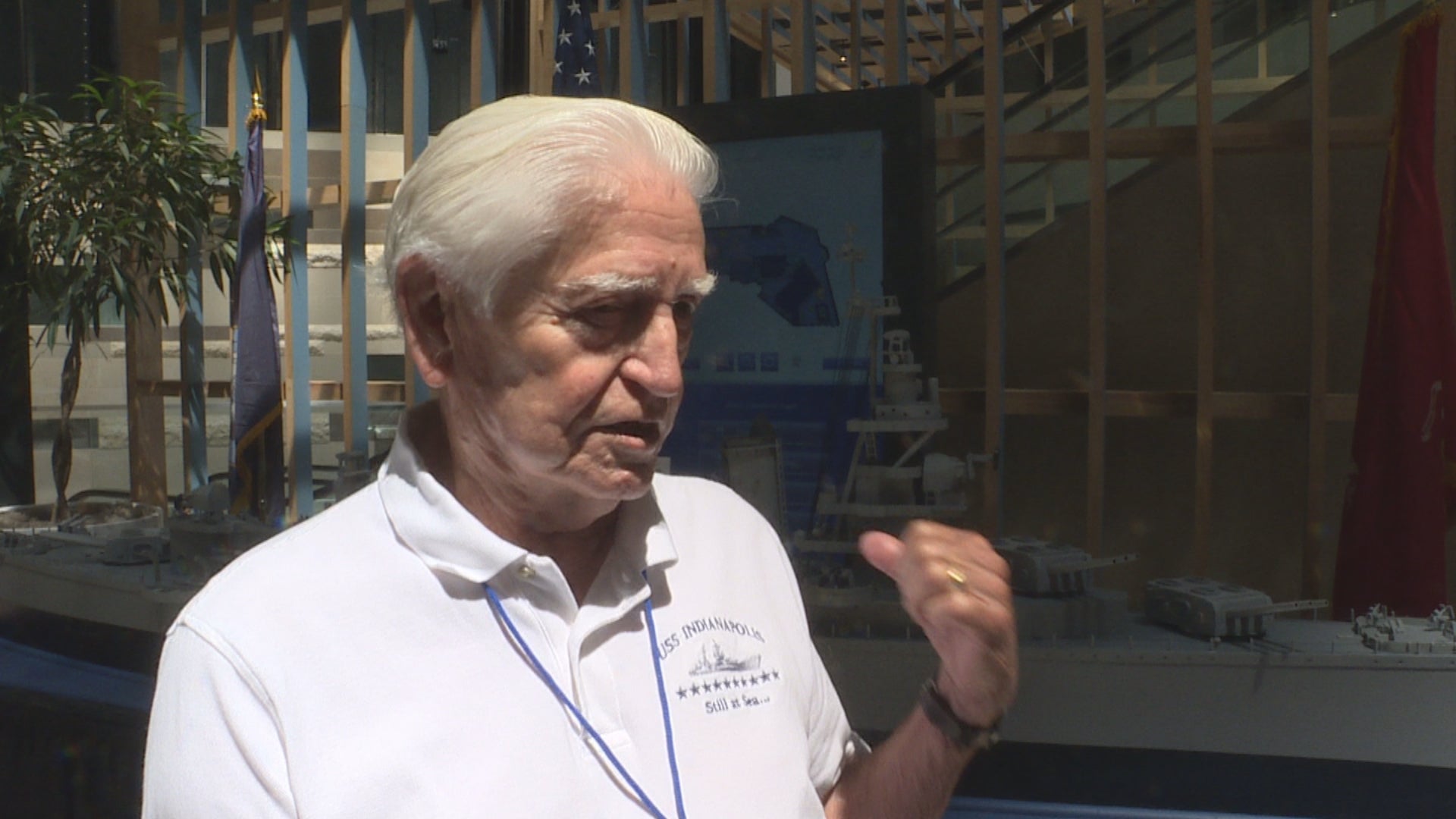 INDIANAPOLIS (WISH) – A night of terror that stretched into five days of horror.

More than 800 people died after the USS Indianapolis was attacked July 30, 1945, and sank.

Thursday, the last survivors of that attack, and their families gathered in Indianapolis for a reunion. They traveled to Indiana from across the nation.

Harold Bray, 91, of California, was an 18-year-old Navy sailor when the Japanese attacked the USS Indianapolis.

The ship had just transported the world’s first combat-ready atomic bomb to an American base on a Pacific Island. A Japanese torpedo slammed into the ship and blew part of the bow out of the water.

Bray said, “The second torpedo hit under me, blowing me off the deck. I picked myself up and ran aft, stopping at the quarterdeck. It was full of guys laying all over the place. They were all wounded, yelling and screaming.”

He grabbed a life jacket and jumped into the water.

“I looked back and the ship was up on her bow going down. The moon was out. I could still see the guys coming out. They were hanging on ropes or whatever they could.”

Bray said he helped rescue 151 men that night. But, the horror wasn’t over. Hundreds spent four to five days adrift at sea with hungry sharks attacking.

He said death wasn’t on his mind.

“I just thought about rescue … from one day into the next,” Bray said. “That somebody would see us or find us somehow.”

Of the crew of 1,195, a total of 879 were lost at sea. That total lost included 73-year-old Earl Henry’s father, Earl Henry Sr. Earl Jr. was born six weeks before the ship sank. He never met his dad. Henry Jr. came to the event from Tennessee.

“I’m pretty much at peace right now,” Henry Jr. said. “I still get emotional when I meet other lost-at-sea family members.”

Fourteen of the 316 survivors are alive today.

Bray said, “I don’t know what made me so lucky. Those guys died right by me.”