USS Indianapolis to be commissioned in Burns Harbor 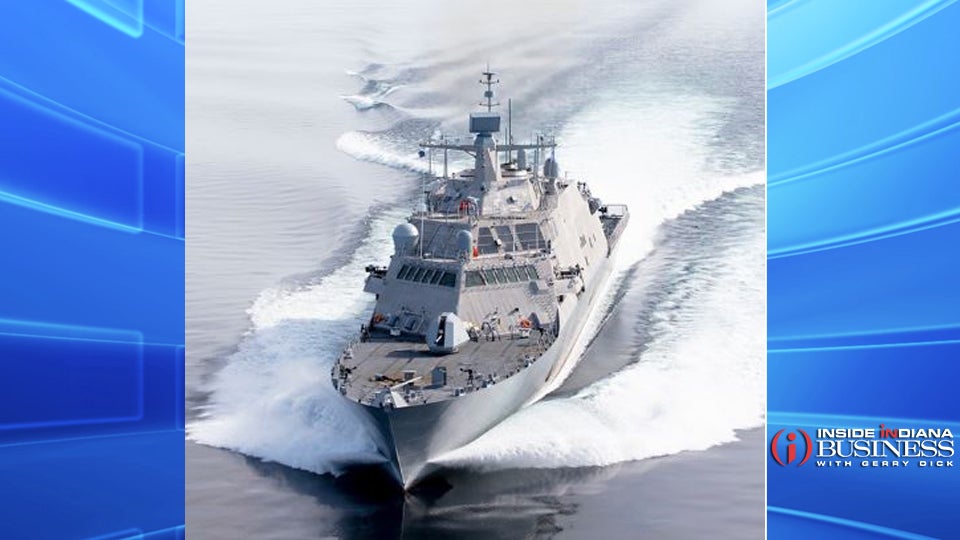 PORTAGE (Inside INdiana Business) — While construction workers in Wisconsin were responsible for “laying the keel” of the brand new combat ship USS Indianapolis, the duty of commissioning the vessel is bestowed upon Indiana.

“The USS Indianapolis (LCS 17) will be a proud representation of the spirit of service embodied in the lives those of us who have called Indiana and Indianapolis our home,” says Indiana Governor Eric Holcomb.

USS Indianapolis is in a class identified as a Littoral Combat Ship (LCS). The ship is relatively small, but the Navy requested that size vessel for what it calls near-shore environments. The Pentagon was looking for an agile, fast and stealthy ship.

It was built in Marinette, Wisconsin by Lockheed Martin, but much of the steel of the 3,900-tons ship came from the ArcelorMittal Burns Harbor.

The 388-foot-long ship is powered by two gas turbine engines, two main propulsion diesel engines, and four waterjets that operate on the same principle as a jet ski. It’s capable of reaching speeds of 40 knots.

“This will truly be a once-in-a-lifetime event that will give the general public an opportunity to see and experience a historic celebration,” says Ray Shearer, chairman of the USS Indianapolis Commissioning Committee.

Shearer says planning for this event has been on-going since 2015.

This ship represents the fourth time a U.S. navy vessel bears the name of Indianapolis.

Perhaps the most notable was the Navy cruiser USS Indianapolis (CA 35) which was torpedoed by a Japanese submarine in the closing days of World War II.

The first ship bearing the name Indianapolis was a cargo shipped commissioned in 1918.

More than 11,000 people are expected to attend the ceremony on Saturday at Burns Harbor.