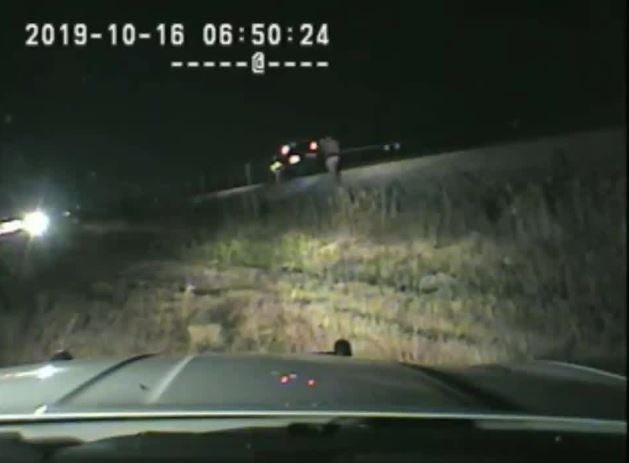 SALT LAKE CITY (AP) — A Utah trooper is being praised as a hero after saving a man stranded on train tracks.

A dashcam video tweeted on Wednesday by the Utah Highway Patrol shows officer Ruben Correa running toward a car that had crashed on the train tracks and pulling the driver out minutes before a train barrels into the car.

The men jumped away from the car just as the train hit it at full speed. Nobody was injured.

Utah Highway Patrol Colonel Michael Rapich called Correa’s actions “heroic” and said they are grateful for the save.

The incident caused traffic for a few hours on Interstate 15 and caused delays in FrontRunner train service.