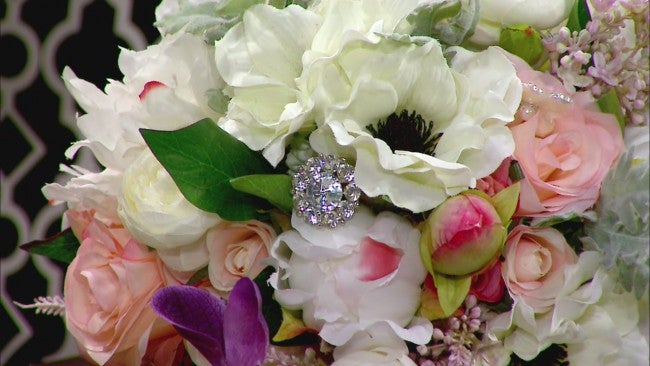 SALT LAKE CITY (AP) – A Utah woman says she has smashed the world record for catching bridal bouquets at weddings and now is seeking recognition for it.

Salt Lake City’s Jamie Jackson submitted an application Wednesday to Guinness World Records, saying she has caught 46 bouquets since 1996 and has the documentation to prove it.

The current record of 11 bouquets caught by Stephanie Monyak of Pennsylvania has stood since 2004.

Jackson said she has attended as many as 100 weddings over the years because of her family’s connections to musical theater and their church. She jokes that what started out as a hobby has turned into “her sport.”

“It is something that you have to plan for and you have to be very strategic where you place yourself,” she told KSL. “My strategy is to be right up in the front because a lot of time the brides don’t know how far they are going to throw it.

“A lot of times it will hit a ceiling, it’ll hit a chandelier … I’ve had many, many catches where I’ve had to jump for it. And I’ve hit little kids by accident.”

Before she could apply to Guinness, Jackson had to track down all the brides whose bouquets she caught to obtain documentation and photos.

She said she was happy to learn 44 of the 46 brides were still married. “I consider myself a good luck charm,” she said.

Jackson has dispelled the myth that a woman who catches a bouquet will be the next to get married. She said some people joke that she’s purposely staying single to catch more bouquets, but she assures them that is not the case.

“It’s just been a fun process over the years,” she said.