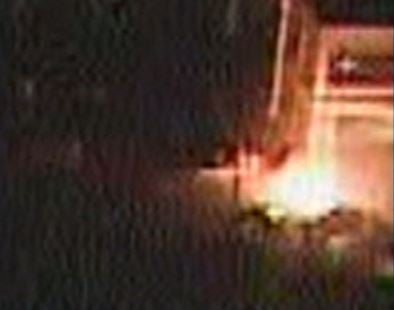 INDIANAPOLIS (AP) – An underground explosion that shook downtown Indianapolis in March likely was caused by an underground electrical cable that may have been damaged by heat from subterranean steam lines, a utility says.

Indianapolis Power & Light Co. said in testimony filed Monday with the Indiana Utility Regulatory Commission that its early investigation suggests a 2-year-old underground cable had failed and caused the March blast. IPL said the failed cable generated excessive heat in an underground duct line, releasing combustible gases, some of which entered a manhole and sparked a fire.

IPL said in its testimony that active steam lines in the area owned by another utility, Citizens Energy, may have produced high underground temperatures, The Indianapolis Star reported.

“Prolonged exposure to these elevated temperatures would account for the thermal damage observed on some of IPL’s cables removed from this duct line after the March 19, 2015, event and likely contributed to the failure of the secondary cables,” IPL said in its testimony.

The March 19 explosion cut power to about 1,000 customers in a six-block area for several hours.

No one was injured, but the IURC is investigating what caused several explosions in downtown Indianapolis in March and what steps IPL is taking to maintain and repair its vast underground network.

Since 2005, at least 18 fires or explosions in IPL’s underground network have rocked the downtown area, including 14 in the past five years. In some cases, flames have leapt 25 feet into the air, and manhole covers have been blown into the air.

IPL said it has invested millions of dollars a year in that network and is now working to replace hundreds of manhole covers with more secure versions. The utility is also replacing more than 100 480-volt network protectors.

The March 19 blast occurred a few blocks north of the Indiana Statehouse, disrupting rush-hour traffic and plunging up to six square city blocks into darkness. It occurred just two weeks before the city hosted the NCAA men’s basketball Final Four, increasing pressure on IPL to determine the cause.

Days before that blast, witnesses reported that another downtown blast sent smoke and fire from a sidewalk grate in the city’s Massachusetts Avenue business district.

IPL said some of its underground equipment malfunctioned in that case, but there was no explosion.