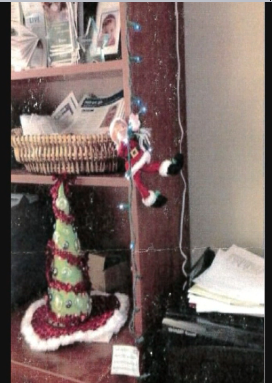 INDIANAPOLIS (WISH) – A Veterans Administration health clinic manager’s license to practice social work is now suspended amid allegations she sent an email to staffers at the Roudebush VA Medical Center that appeared to mock veteran suicide and other mental health issues.

Robin Paul was removed from her position earlier this month and placed on administrative leave pending the outcome of an internal investigation. Julie Webb, a spokeswoman for VA Roudebush, denied that the move was a form of discipline. Paul remains a VA employee while the investigation is ongoing.

“Due to the nature of Ms. Paul’s work at the VA medical center in a transitional clinic for veterans dealing with mental health issues, the state felt that she did represent a clear and immediate danger based on the nature and contents of the email,” Deputy Attorney General Laura Sahm told the Indiana Behavioral Health and Human Services Board Monday while presenting the agreement.

The board voted to officially approve the suspension at its regular hearing Monday. Paul did not attend the hearing in person.

“This license holder’s action displaying insensitivity toward the mental health of our veterans and service members constitutes a breach of professional conduct. This behavior was particularly disturbing coming from a manager of a VA clinic, whose job it is to serve our Hoosier heroes when they may be most vulnerable,” said Indiana Attorney General Greg Zoeller in a statement following the board’s vote.

Paul, a case manager for the STICC (Seamless Transition Integrated Care Clinic) at the Roudebush VA, sent an email to staffers on Dec. 18 entitled, “Naughty Elf in the STICC clinic.” The email includes four separate photos and captions of a toy elf performing a pap smear on what appears to be a female doll. Subsequent photos and captions show the elf hanging himself and bemoaning the fact the clinic is out of Xanax.

One of the captions reads, “caught in the act of suicidal behavior (trying to hang himself from an electrical cord).”

The email, obtained by I-Team 8, has drawn the ire of many veterans and their families. An online petition calling for Paul to be fired had more than 6,000 signatures by mid-March.