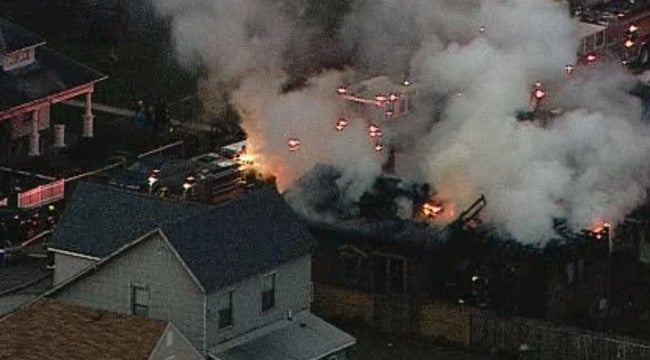 INDIANAPOLIS (WISH) – Indianapolis firefighters were called to the southwest side of the city Monday morning to battle a house fire.

It started around 7:20 a.m. in the 2200 block of Martha Street. This is near West Morris Street and South Belmont Avenue.

According to officials, the fire was at a vacant residence.

Chopper 8 flew over the scene where heavy smoke and flames could be seen coming from the roof.

According to an Indianapolis Fire Department spokeswoman, the house next door had some minor exterior damage as a result.

It’s unclear what may have sparked the fire.