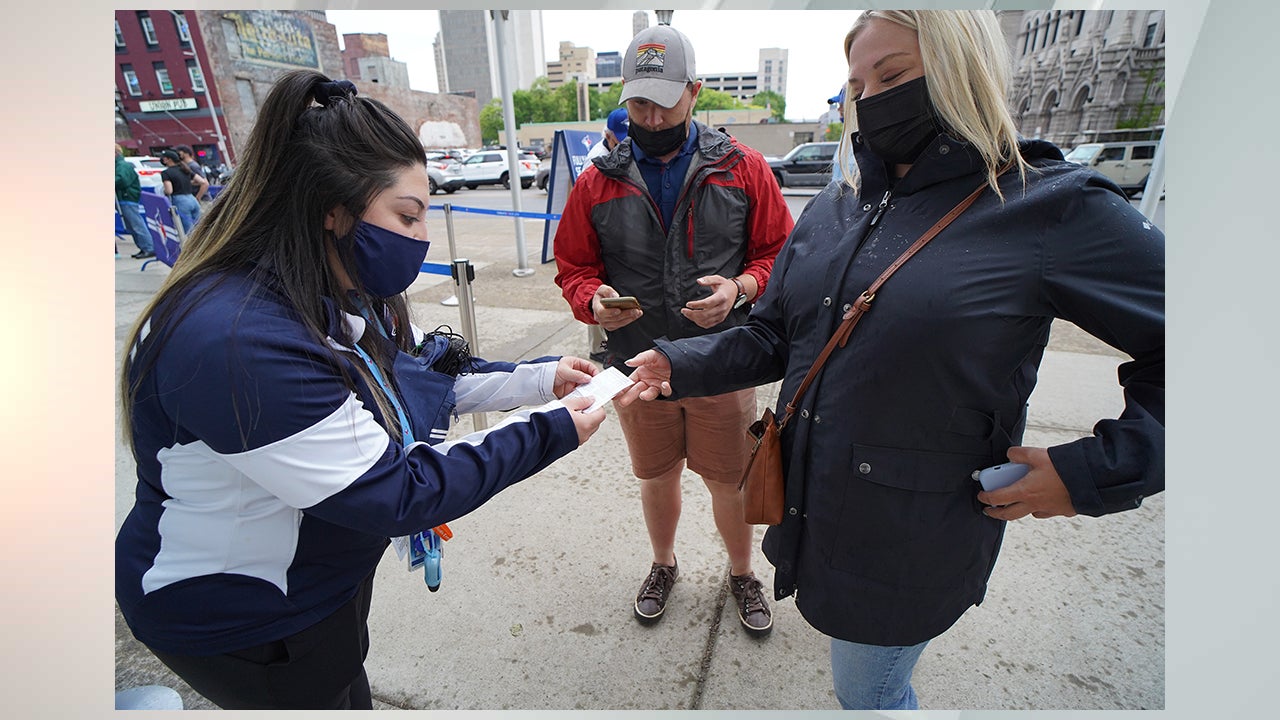 (CNN) — The seven-day average of newly administered doses of the COVID-19 vaccines has fallen below 1 million per day for the first time since January, according to data published Thursday by the U.S. Centers for Disease Control and Prevention.

There were about 808,000 new administered doses reported since Wednesday, bringing the total number of doses administered up to nearly 298 million, according to CDC data.

The United States is seeing a decline in daily COVID-19 vaccinations because most who want and can access the vaccine have already received it, said Dr. Tom Frieden, a former CDC director.

“We’re making a lot of progress, but frankly, we’re entering kind of the slog-phase of the vaccination campaign, where the people who are most eager to have it and most able to get it, have gotten it,” Frieden told CNN’s Wolf Blitzer.

“Now, we need to continue to make it easier to get, and to address people’s concerns,” he said.

As of Thursday, more than 51% of the U.S. population has received at least one dose of the COVID-19 vaccine and 41% are fully vaccinated. Twelve states have reached President Joe Biden’s goal of having 70% of US adults getting at least one dose by July 4.

The White House fears demand is dropping off for vaccines and announced a series of initiatives Wednesday aimed at boosting enthusiasm for vaccination. They include free child care, tax credits and even free beer.

News of the daily drop in vaccinations comes as the country is now trying to vaccinate children. The Pfizer-BioNTech COVID-19 vaccine is available for children 12 and older, but those younger are not yet eligible to get vaccinated. Children younger than 12 are far less likely to have severe cases of COVID-19, but they can still get infected and spread it to others.

The CDC has advised schools to prioritize universal mask use, but it has also said vaccinated people have such strong protection that they do not need to wear masks in most situations.

Dr. Anthony Fauci is “cautiously optimistic” that children younger than 12 will be eligible to get a COVID-19 vaccine by Thanksgiving, he said on CNN’s “New Day” on Thursday.

“We are now doing studies that are ongoing as we’re speaking, studies that are looking at what we call age de-escalation, children from 12 to 9 and then 9 to 6 and then 6 to 2 and then 6 months to 2 years,” Fauci, the director of the National Institute of Allergy and Infectious Diseases, told CNN’s John Berman.

“We hope that as we approach the end of this calendar year, we’ll have enough information to vaccinate children of any age,” he said. “So, I’m cautiously optimistic we might be there by the end of the year.”

In comments to NBC Nightly News on Wednesday, Fauci said if some communities continue to see high levels of infections, children under 12 will likely still have to wear masks when school returns.

The CDC considers a county to have “high” transmission if there have been 100 or more cases of COVID-19 per 100,000 residents or a test positivity rate of 10% or higher in the past seven days.

Dr. Rochelle Walensky, CDC director, said on Good Morning America on Thursday that school guidance is being revisited as more and younger people get vaccinated — and there may be a change in school mask guidance in time for fall.

“We’ve said through the school year of ’20 to ’21 that our school guidance was not going to change,” Walensky said when asked why children still need to wear masks. “What we really are doing now is looking at the evidence in the context of so many people getting vaccinated, in the context of disease rates coming down in certain communities and really looking at the evidence now.

“As we’re starting to get those people vaccinated, we will be revisiting this in our school guidance,” she added.

When asked if there might be a change to mask guidance in time for school in the fall, Walensky said, “I think we will. We are looking at the evidence now and we will be coming out with that guidance, soon to come.”

As vaccinations have gone up, cases of the virus have gone down. Ensemble forecasts published Wednesday by the CDC project that newly reported COVID-19 cases, hospitalizations and deaths will likely continue to decrease over the next four weeks.

“The one thing we want to make sure is that we don’t declare victory prematurely and feel that, because things are going in the right direction, that we don’t have to keep vaccinating people,” he said. “We’re on a really good track now to really crush this outbreak. And the more people we get vaccinated, the more assuredness that we’re going to have that we’re going to be able to do that.”

Current vaccination rates have begun tapering off — and are now less than a third of the peak pace of about 3.3 million per day in April. But, the July 4 goal is still realistic, Fauci said.

CNN medical analyst Leana Wen warned that after Memorial Day weekend, the United States is still two weeks away from seeing the results of its first stress test, given that almost half of the country remains unvaccinated.

Even if cases plateau or taper off from their current falling rate, Wen said she worries some communities will remain vulnerable.

“You have parts of the country with very low vaccination rates,” she said. “I really worry about the unvaccinated people in those areas spreading coronavirus to one another.”

Fauci also said he’s worried about communities that are experiencing high levels of spread. He told NBC News that it is too early to lift mask mandates in those areas.

“If you pull back on masking, then you’re going to wind up having a danger of peaking again,” he said.

More vaccinations are an uphill battle

Significant mitigation strategies may be needed in areas where there is large-scale, community transmission, the CDC said, including in communal settings such as schools and workplaces.

As well as masks and social distancing, widespread vaccinations are key to reducing transmission, experts have said.

But after a quick surge of eager participants, the remainder are those who have often received false information about their safety or who lack access.

As a result, the road to vaccinating the rest of the population may be an uphill battle from here on out, Dr. Vivek Murthy, the U.S. Surgeon General, said Wednesday, but “we’re not giving up.”

“Because we had so much success early on, we are now getting to the part of the campaign which is tougher,” Murthy said “We’ve got to look further, if you will — convince more people, get to the right information, increase access even further.”

The early success is helpful in keeping large swaths of the nation protected — but reaching the levels that will stop community spread will take a change in strategy, Murthy said.

“This is a multipronged campaign recognizing that people have different reasons that they’re not vaccinated right now, but we have to work on all three fronts: mobilization, education and improving access,” Murthy said. “That’s how we’re going to get the nation vaccinated.”