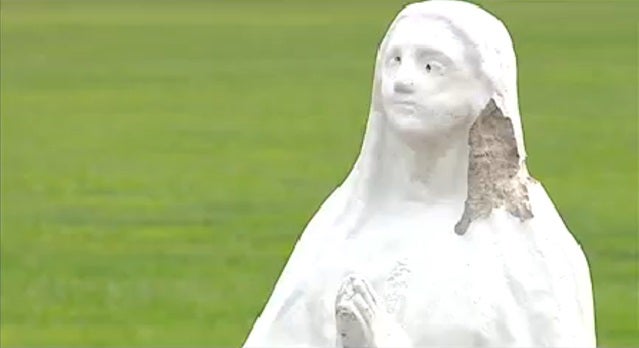 EVANSVILLE, Ind. (WEHT) — An Evansville statue depicting the Virgin Mary was vandalized, and the staff at the Catholic Diocese of Evansville is left wondering why.

After checking security footage, people at the Diocese found it happened sometime in the 10 p.m. hour Saturday. In the footage, a person pulled up in a vehicle, got out of the car, pushed the statue over, then got back into the car and left.

The statue was damaged in the neck area.

Lilley said the same statue was vandalized a year and a half ago. He said the diocese will repair the statue again.