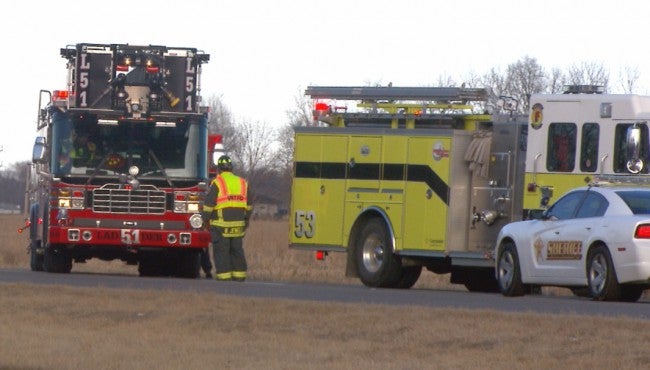 JOHNSON COUNTY, Ind. (WISH) – Emergency personnel shut down part of State Road 37 in Johnson County Sunday afternoon after a vehicle crashed into a drainage ditch off the side of the road.

According to Bargersville Fire Chief Jason Ramey, the crash happened on State Road 37, south of Olive Branch Road, a little before 4 p.m.

Chief Ramey said two to three people were trapped in the vehicle. Crews were on scene working to extricate those individuals.

Both lanes of State Road 37 northbound were shut down while crews responded to the crash. Those lanes were back open around 4:45 p.m.

It wasn’t immediately clear if anyone was seriously hurt.