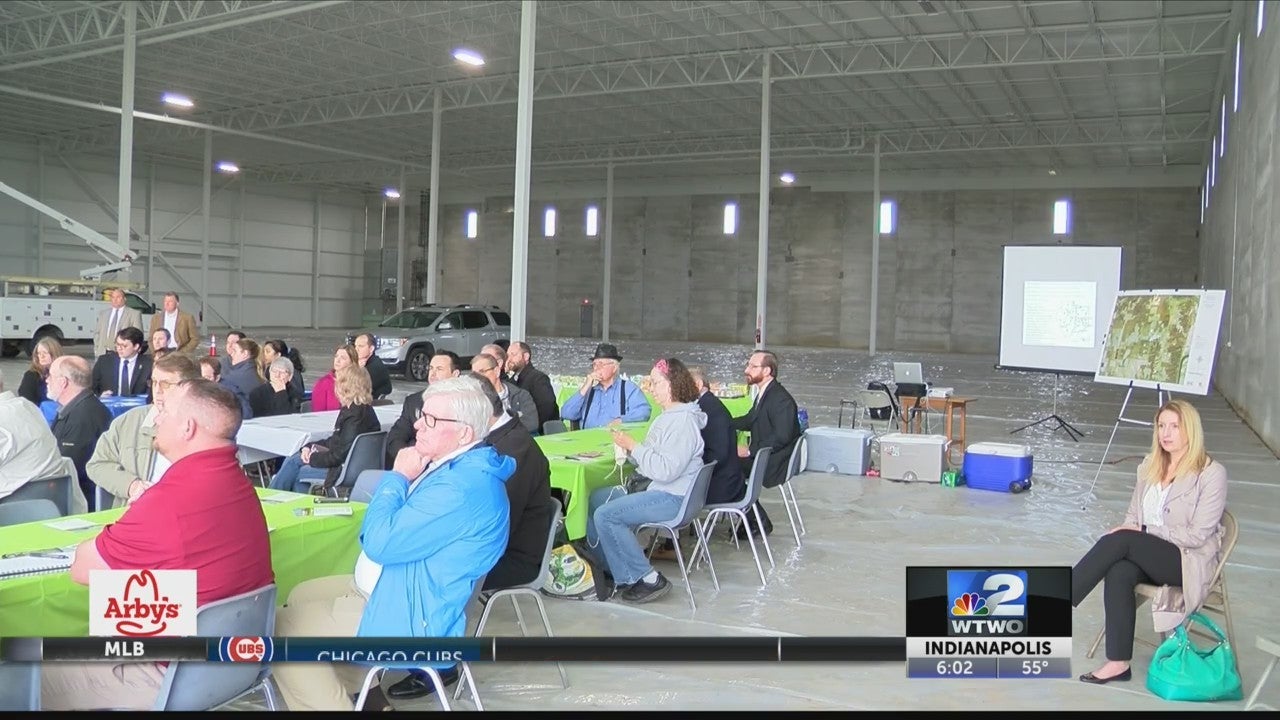 These latest numbers from the state show Vermillion’s unemployment rate is 5.6 percent, the highest of all Hoosier counties and well above the state average.

But, local leaders said, they believe buildings like the one showcased today will change that.

It’s a space needing to be filled inside with workers, while simultaneously filling a bigger need outside its walls.

The shell building is the result of collaborative efforts from several private and public companies, and those involved with the project say a building of this kind is exactly what prospective businesses are searching for.

“Eighty percent of the new economic development projects are looking for existing buildings,” said Bob Grewe, executive director of Vermillion Rise Mega Park. “So it’s really essential that we have a high quality structure to put in front of business prospects to consider.”

Grewe said the building can accommodate traditional manufacturing and distribution companies, but that he’s also been told by analysts that it could be a great spot for a data research center.

Grewe said the county’s unemployment rate was a large consideration when constructing the 50,000-square-foot shell building, which can be expanded up to four times its current square footage.

“This project is specifically meant to address that,” Grewe said. “By again having a ready facility for a new employer to create new jobs and investments.”

Leaders said they believe that workers will boost the county’s economy whether they’re county residents or not.

In states like Indiana, a boost to communities such as the one in Vermillion County is considered a boost for Hoosier communities in general.

“Rural Indiana is the heart and soul of Indiana,” said Jodi Golden, executive director of the Office of Community and Rural Affairs. “And when rural Indiana succeeds, the rest of the state will succeed.”

During the open house Tuesday, Duke Energy reps shared that the Mega Park will be one of 13 recipients of Duke’s Marketing Partnership Program grants, which range from $2,000 to $5,000.