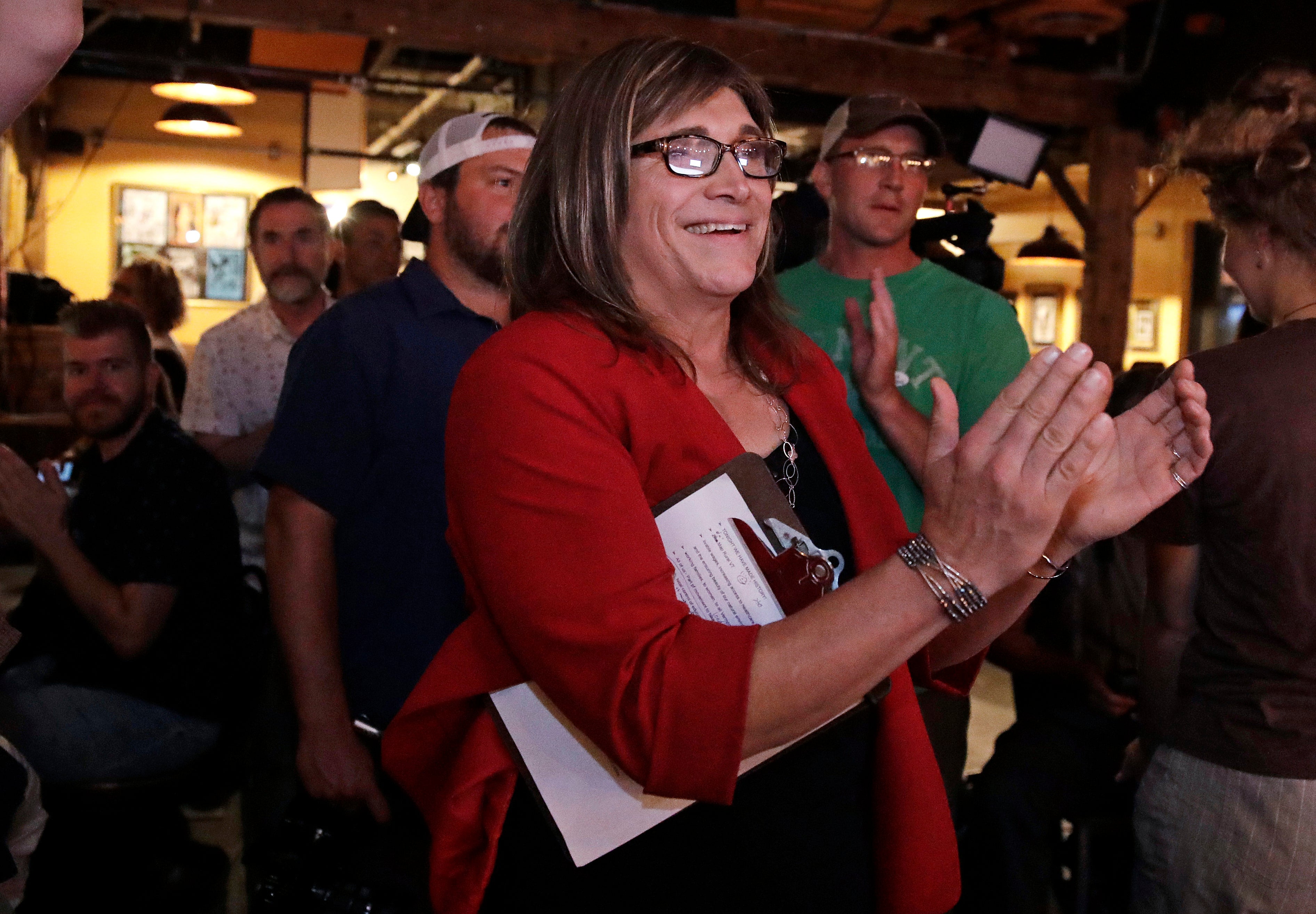 MONTPELIER, Vt. (AP) — Republican Gov. Phil Scott, despite a backlash from his base over gun restrictions he supported, won his party’s primary to seek a second term and will face a former utility executive who on Tuesday became the first transgender candidate to win a major political party’s nomination for governor.

Scott defeated a challenge from Springfield businessman Keith Stern. He will face Christine Hallquist, who won the Democratic primary to run for the state’s highest office in November, when she would become the nation’s first transgender governor if elected.

Hallquist has said she doesn’t want Vermont residents to elect her governor because of her transgender status. Rather, she has said, she wants her candidacy to rise or fall on her plans to help state residents get higher-paying jobs, provide health care for their families and better educate their children.

She said she plans to appeal to voters with a progressive message that includes a livable wage, Medicare for all, free public college education and high-speed broadband access even to those who live on remote back roads.

Outside Vermont, though, she said she’s happy to carry the standard as the candidate who, if elected, would be the nation’s first transgender governor.

Scott, first elected in 2016, was facing a rebellion from his base due to his support for a series of gun restrictions that, while mild by national standards, angered many members of Vermont’s avid hunting community. The restrictions, which Scott signed into law in April, came after the arrest of a teenager on charges he was plotting a school shooting.

Those measures included raising the age to buy firearms from 18 to 21, restricting the size of gun magazines and requiring background checks for most private gun sales.

Scott will seek re-election in November by continuing his pledge to make the state more affordable, not raise taxes or fees, foster a better environment for businesses and attract newcomers to the state.