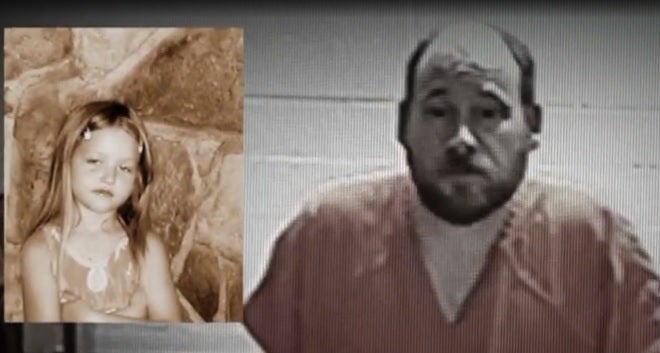 “I’ve always believed that the system failed me,” she said. “I’ve lived my life in fear.”

Right now, McGhee is being held at the Polk County jail on charges related to two children. Winter Have police, who meticulously built the case against McGhee for months, say they hope he is permanently off the streets.

This is not the first time McGhee has been accused of child sex crimes.

WISH-TV sister station WFLA uncovered records that show there could be at least half a dozen victims dating back 13 years in North Carolina, Georgia and Florida.

According to affidavits from the Winter Haven Police Department, the first sign of trouble was in Fort Bragg, North Carolina.

McGhee was arrested and charged with 15 counts of sexual battery on a child in 2006. The U.S. Army took over the case but then dismissed it, claiming a lack of evidence.

“They said that we made up these stories,” said Stapp, “and that my mom told us to say this because he was trying to leave her.”

Stapp says she was the victim in the 2006 case. She reported the alleged abuse to her mother. She says it happened during the years her mom was involved with McGhee.

“I was so young, I didn’t know anything about sex,” she said.

WFLA has been investigating whether an accused predator escaped justice for years and targeted more children.

“I deeply feel that in my heart that the military covered for him,” said Stapp.

Stapp wants to know why Fort Bragg officials didn’t stop McGhee over a decade ago.

“When I heard that he did it again to some other kids it absolutely broke my heart,” she said.

“According to our local officials,” said Investigative Reporter Mahsa Saeidi, “because the army dismissed the case, he went on to abuse multiple children, in multiple states.”

We asked for the records and the reason McGhee’s original case went nowhere.

Our sincere condolences go to the families of the victims and the victims in this case. Fort Bragg vigorously investigates all allegations of misconduct that occur on Fort Bragg and does its best to fully cooperate with any ongoing federal, state, and local law enforcement investigations.”

WFLA will continue digging into the 2006 case. We’re still waiting to hear back from McGhee’s listed defense attorney.

In the meantime, Stapp says she hopes McGhee rots in jail.