Veterans to march to Statehouse for Legislative Day 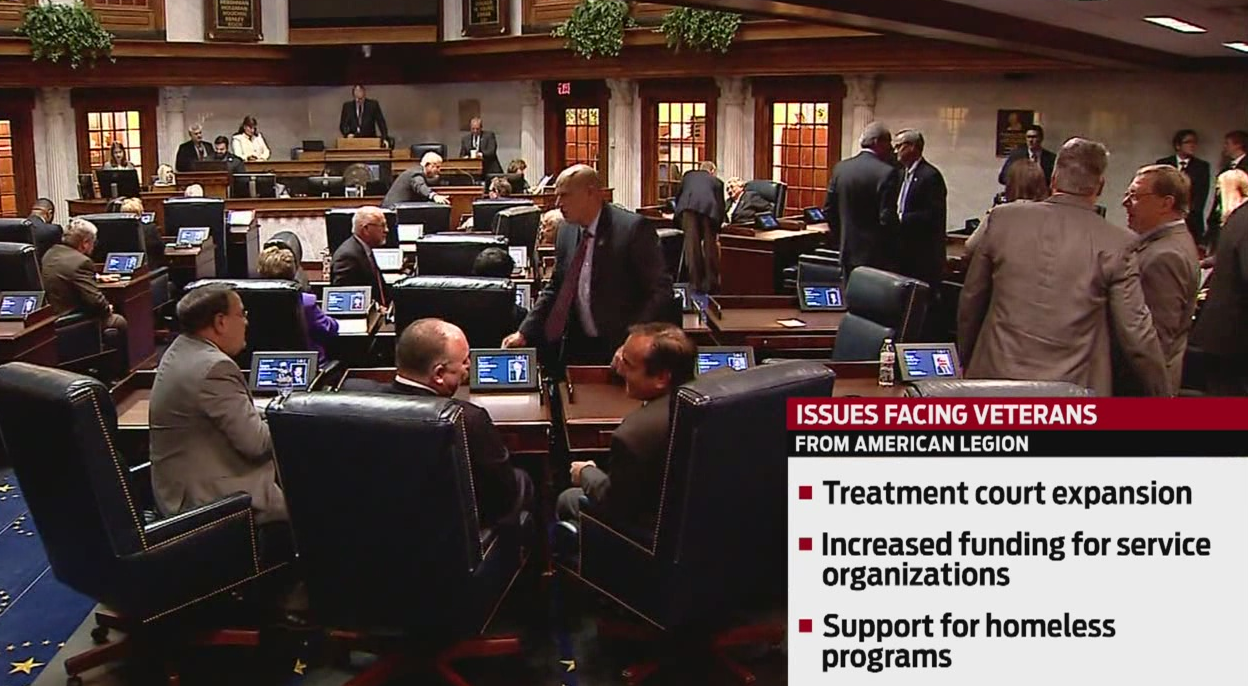 INDIANAPOLIS (WISH) – Local veterans are planning a march in downtown Indianapolis Monday to get attention from lawmakers about some key issues facing veterans.

They will march from Military Park to the Statehouse starting at 8:30 a.m. The veterans will be led by the 38th Infantry Division Band as well as the Color Guard.

Once they get to the Statehouse, the veterans will hear from state representatives and senators, as well as Governor Eric Holcomb.

They will also have a chance to meet with General Assembly members and can attend information sessions on proposed legislation.

According to The American Legion and Department of Indiana, some of their interests this session include expanding veteran treatment courts, increased funding to veteran service organizations and county veteran service officers and more support for homeless veterans programs.

According to Colonel James Leonard Leonard, Chairman of the Indiana Military Veterans Legislative Day Committee, the veterans will also be pushing for legislation that would make it so that military benefits are not taxed.

One of Governor Holcomb’s priorities for this session is to make it so that military pensions are exempt from the state income tax. It is also something he spoke about in his State of the State address.

“We’re hoping that the other legislators, the other 150 legislators get on board and support that same initiative, the economic consequences is not that significant, we only represent about seven percent of the population, all of us have served,” Leonard said.

In addition to meeting with legislators, the veterans will hear from a veteran who has had 47 reconstructive surgeries on his face after he was hurt while serving in Afghanistan. And at least 32 veteran organizations will have tables set up at the Statehouse.