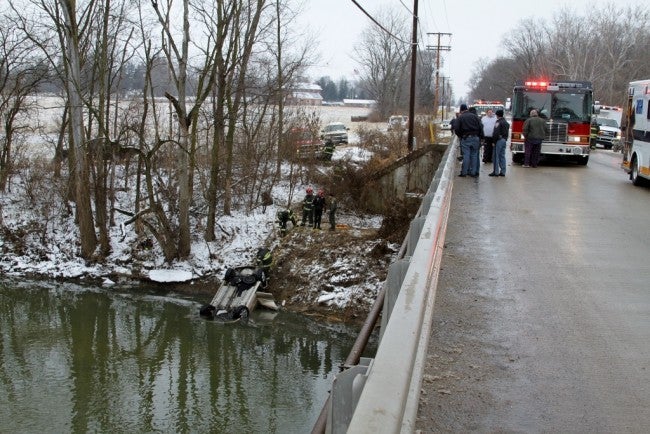 GRANT COUNTY, Ind. (WISH) – Emergency dispatch were called to a river in Marion, Indiana Sunday morning for a car that slid off the road and went into the river.

When responders arrived, they found a car had slid off the road and had flipped into the Mississinewa River.

Grant County Sheriff’s Department said the preliminary investigation reveals the driver lost control, struck a telephone box and rolled down the embankment. The car landed upside down in the river.

Thomas Davis, 22, was in the vehicle when emergency crews arrived. Officials reported Davis was transported to Marion General Hospital where he died from his injuries.

The cause of the accident was being investigated by Grant County Sheriff’s Department on Sunday afternoon.

The sheriff’s department does not suspect alcohol and drugs to be involved in the crash.