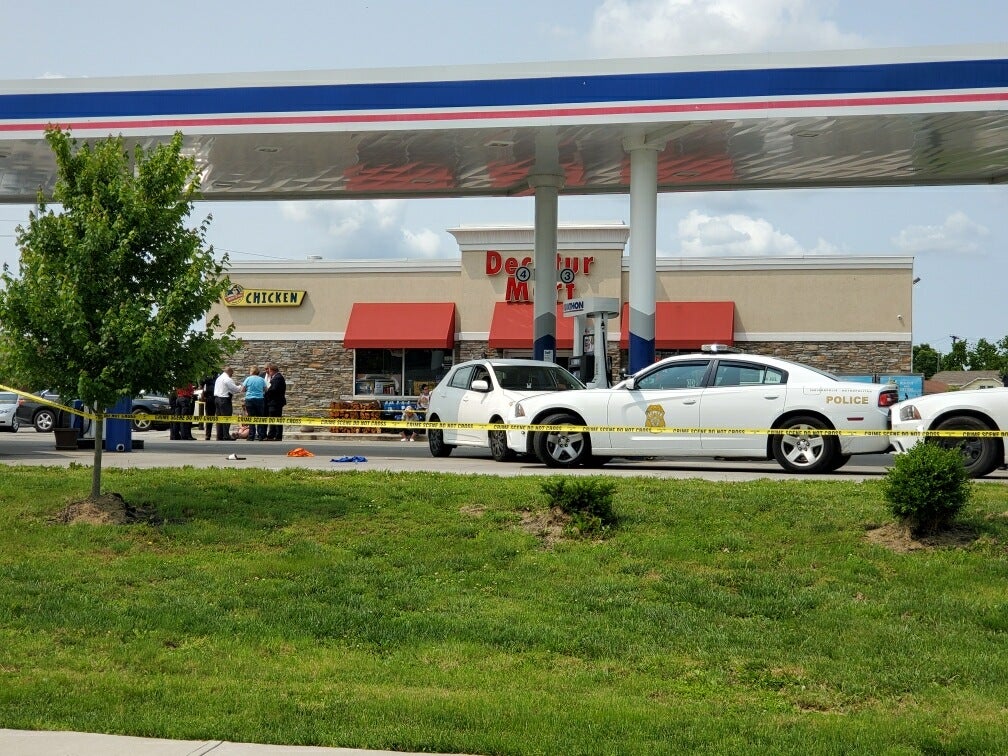 INDIANAPOLIS (WISH) — One man is dead and two others were in critical condition Friday after a shooting at a Marathon gas station on the southwest side, police said.

An argument brought two groups of people about 2:30 p.m. to the gas station. Three men were hit by bullets, one of them died, and the others were fighting for their life at a hospital. The man who died has been identified as 55-year-old Kevin Jones Sr.

For neighbors of the gas station, it’s not a comforting feeling.

“Every time I drive by, this is how I’m going to remember this place and it shouldn’t have to be like that,” Kelli Smith said.

“And this is our only gas station around here without going all the way around to Kentucky Avenue,” Sheena Wall said.

But, memories of the gas station are going to be seared into the minds of the victim’s family members, who had to learn that was the last place he visited.

“It was more of shock than anything,” said the victim’s niece, Latosha Gilbrech. “Especially in a situation like this because he’s not one to get in any situations, you know? “

“He’s more of a guy who tries to de-escalate the situation and make something positive out of it instead of bringing trouble,” said Gilbrech’s fiance, Chris Maggard. “He’s been like that most of his life.”

They say their relative was an outgoing, family man who didn’t deserve anything like what happened.

“He is,” Gilbrech said. “He was such an amazing father and grandfather and uncle and husband, brother, he was everything.”

“And he was really known, he’s known in the community,” Maggard said. “He does pretty much everything for everybody. He’s a really good guy, he really is.”

Police had captured three of the four suspects after the shooting.

The victim’s family has a message for the shooters.

“I love him,” Gilbrech said. “And he’s amazing and, whoever did this, we will get justice one way or another. They’ll be caught.”

Police officers were working Friday night to determine what led to the shooting. Anyone with information about the case is asked to call IMPD or Crime Stoppers at 317-262-8477.