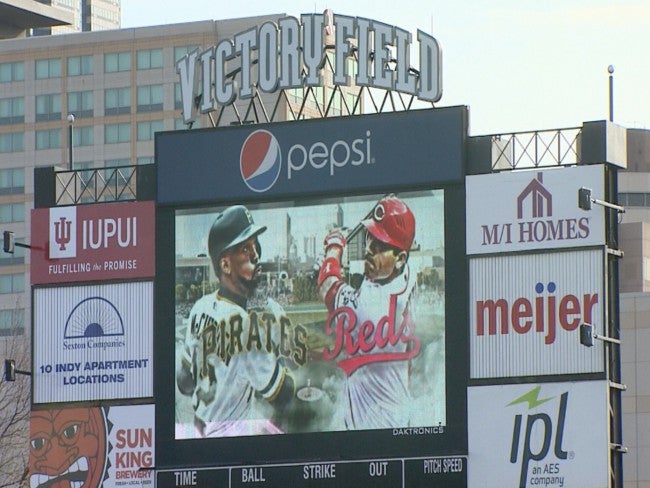 There is also a historic baseball match-up that will happen at Victory Field.

Saturday, the Indians’ parent club the Pittsburgh Pirates will take on the Cincinnati Reds in Indianapolis. It is the first time in history two Major League Baseball teams will face off on Victory Field and it will likely be the biggest event the stadium hosts this year.

The first pitch for the Pirates and Reds game will be thrown at 1:35 p.m. Saturday in front of a sold-out crowd. That’s about 14,000 people.

Tickets sold-out in less than 24-hours back in November, when many people aren’t even thinking about baseball. That’s the fastest an event has ever sold out here since Victory field opened in 1996.

The Indians organizations said this is a great way to celebrate the 20th year at Victory Field.

Again, the event is sold out, but there are tickets available on sites like Stub-hub starting at about $30.

If you’re just excited about baseball in general, the Indians start their season next week and their home-opener is set for April 14th. The Indians play 72 games at home this year.

For regular season tickets for the Indians, click here.