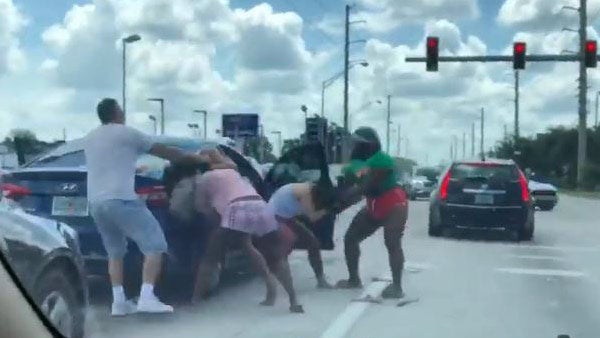 BRADENTON, Fla. (WFLA) – A witness videotaped a wild brawl unfold between four people at a Bradenton intersection on Monday morning that landed two people in jail.

Manatee County Sheriff’s Office deputies responded to a 911 call about a fight in the roadway at 11:30 a.m.  When deputies arrived at 900 Cortez Rd. W., the people involved in the fight had already left the area.

Two hours later, a local hospital called the MCSO saying two women were being treated at the hospital who may have been involved in a fight. The women suffered non-life threatening injuries.

Detectives investigated the video and arrested Marquavia Jenkins, 21, and Willie Edwards, 18, on charges of aggravated battery.

Detectives believe the fight was part of an ongoing dispute.