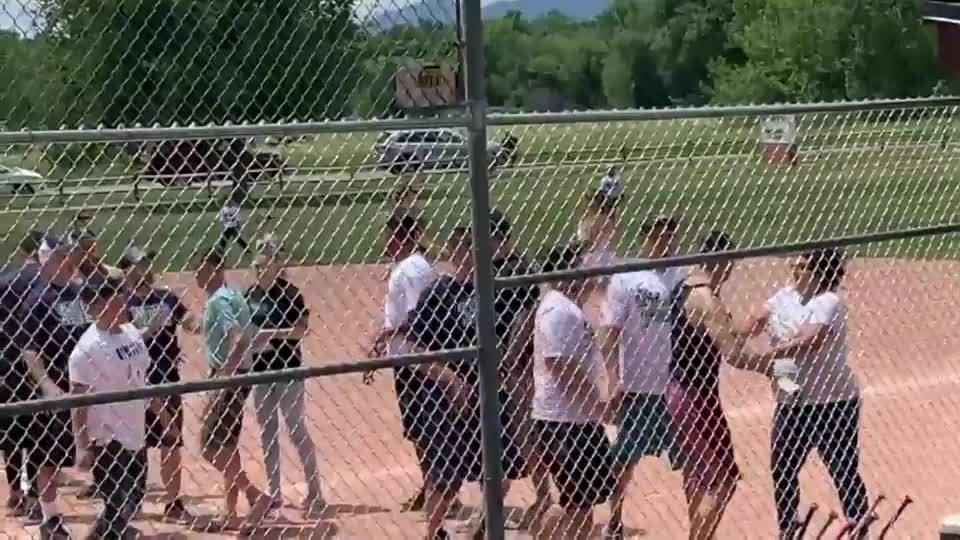 LAKEWOOD, Co. (CNN) — They started out throwing baseballs and ended up throwing punches.

Several injuries were reported Saturday at a youth baseball game in Lakewood – including one seriously.

It was a game involving 7-year-olds.

But it wasn’t the kids who were fighting.

The Lakewood Police Department said on Facebook that “coaches and parents, unhappy with a baseball game involving 7-year-olds and a 13-year-old umpire, took over the field and began assaulting each other.”

Four people were charged with disorderly conduct and fighting in public.

Police are still working to ID the man in a white shirt and teal shorts.

There were no reports of any children getting hurt.