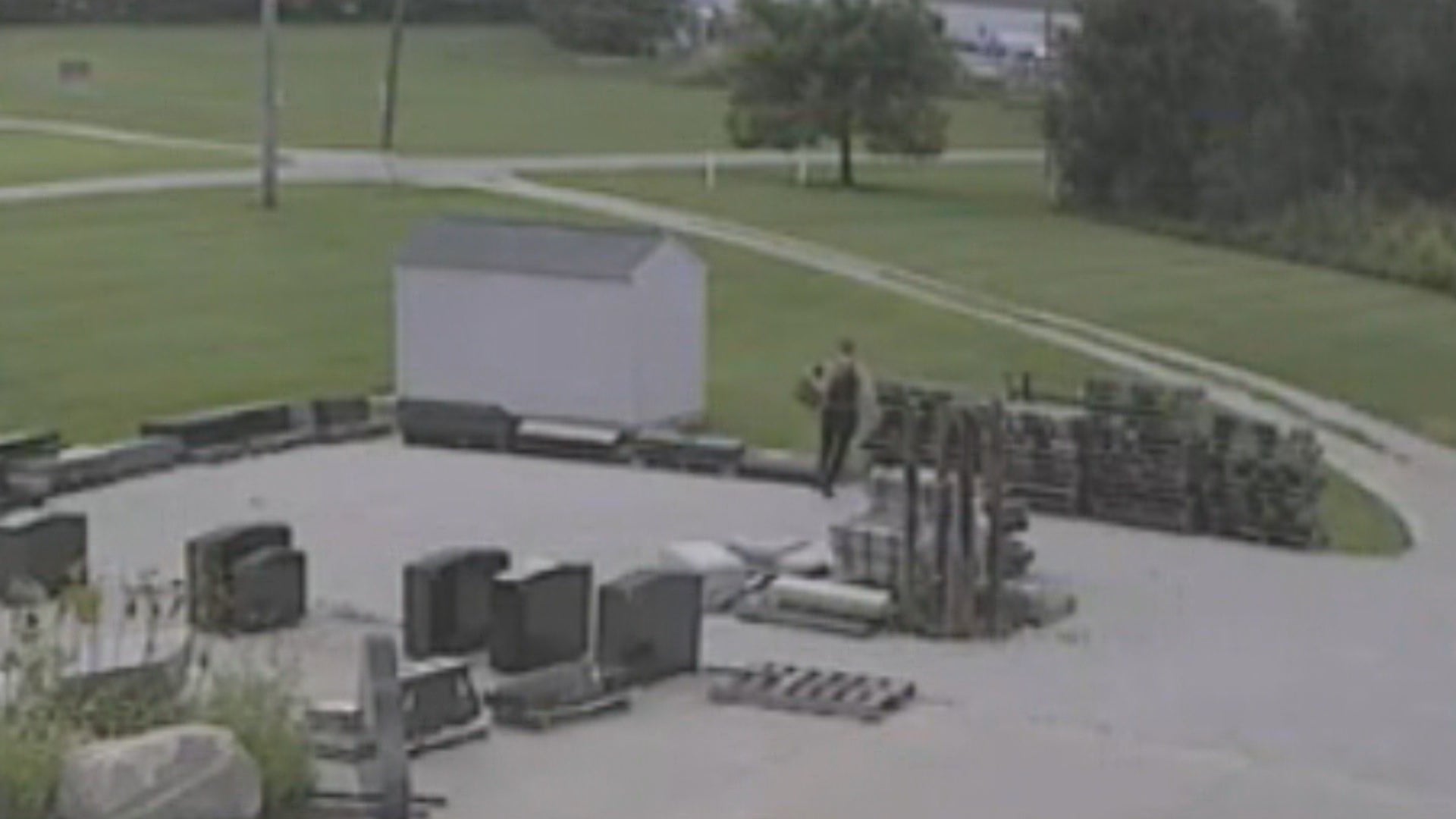 NOBLESVILLE, Ind. (WISH) — Detectives are looking for a woman seen in surveillance video darting through a yard of unfinished headstones before stealing a van.

The footage was captured Friday, Aug. 31, at 7:30 p.m., according to Dale Robinson, owner of Monuments by Robinson and Sons. He has owned his business since 2002, and began reviewing his security footage when he saw someone zigzagging through his lot of monuments, ducking behind a power meter and sitting on unfinished headstones.

“It’s kinda funny,” Robinson said. “We figured maybe she was going to a party, and she was late.”

In the video, a white woman wearing a black tank top, dark pants and carrying a bag is seen darting into the monument lot. She takes cover behind a power meter and sits down on stacked headstones. A few minutes pass, and she stands up and slowly walks to hide behind a nearby shed. After a few seconds, she is seen running across the lawn to a neighbor’s shed.

Sheriff’s office detectives say the van turned up the next day about 10 minutes away in a Cicero neighborhood just east of Morse Reservoir, near the intersection of Lincoln Drive and Lee Court. The mystery thief was nowhere to be found.

If you have any information about this incident, please contact Hamilton County Sheriff’s Office Detective Alex Petty at 317-776-9887.