VIRAL: 86-year-old man sends thank you letter to man who sold him VCR on eBay 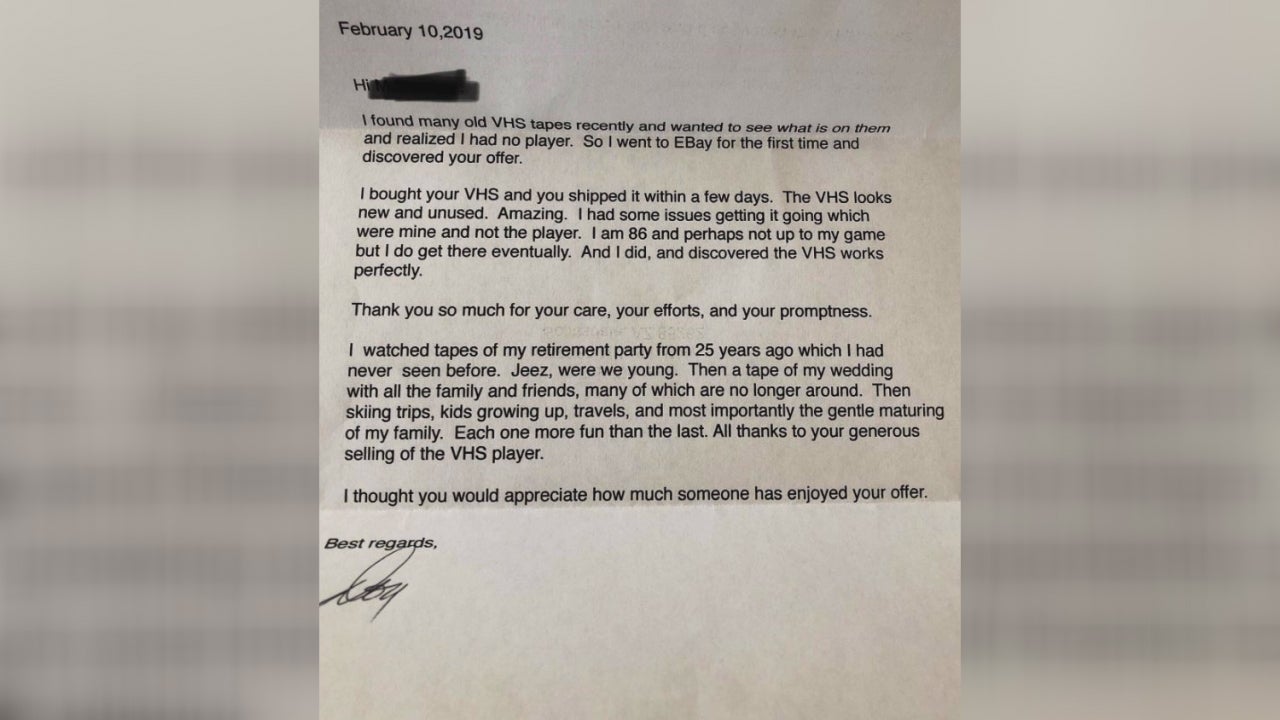 Well one 86-year-old man went on a search for a VCR so he could play back old tapes reminding him of his younger days.

In a letter posted to Twitter, the man found “many old VHS tapes” but when he realized he didn’t have a VCR, he signed up for eBay for the first time in his life and ordered one.

“I had some issues getting it going which were mine and not the [VCR’s],” he admitted. “I am 86 and perhaps not up to my game but I do get there eventually. And I did, and discovered the VHS works perfectly.”

This person sold their VHS player on eBay and got a surprise letter in the mail: pic.twitter.com/oaLV8dUFqR— Yoni (@OriginalYoni) February 17, 2019

He later talks about how he was finally able to replay major life events including his retirement party and even his wedding that includes appearances from “family and friends, many of which are no longer around.”

“Then skiing trips, kids growing up, travels, and most importantly the gentle maturing of my family,” he added. “Each one more fun than the last. All thanks to your generous selling of the VHS player.”

“I thought you would appreciate how much someone has enjoyed your offer,” he ended the letter.

The seller of the VCR was later identified as Matt Shoukry of St. Louis, who says he plans to respond to the 86-year-old’s letter to tell him the impact it’s had online.