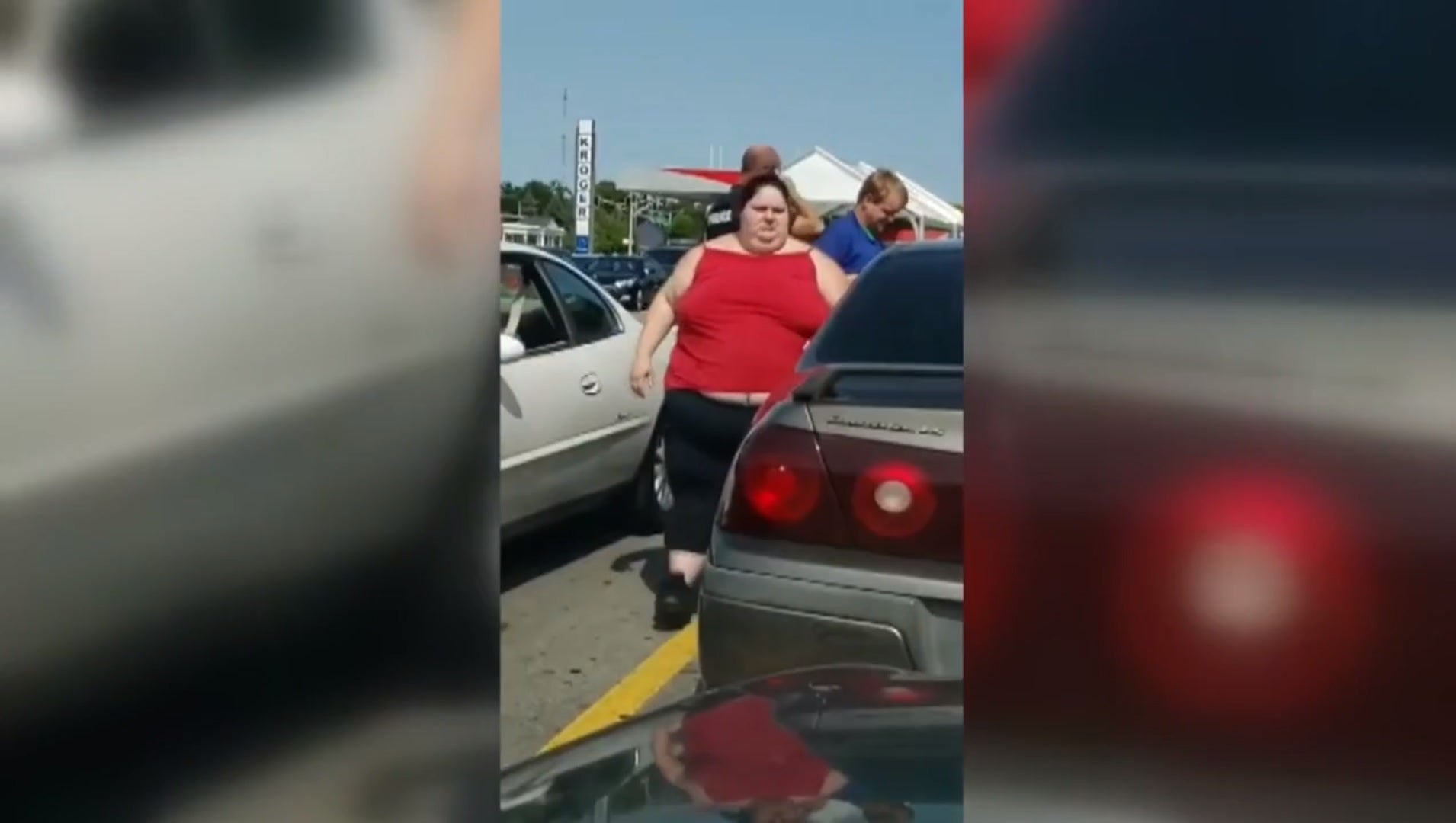 FORT WAYNE, Ind. (WANE) — A video viewed by thousands of people on social media has left many outraged after a woman left a child alone in a car parked at Kroger, Tuesday afternoon.

Fort Wayne Police were called to the Kroger on West State Blvd. just before 4:00 p.m. Several witnesses told police an infant had been alone for at least 20 minutes, according to an incident report.

Officers located the owner of the vehicle who told police that the child was not his, however his wife was babysitting the child. When the woman returned to the car she found police officers waiting for her.

According to a police report, the woman got in a verbal altercation with someone who was recording the incident with a cell phone.

Sam Nei is the man behind one of the viral videos.

“I was recording her and she started yelling at me, cussing at me, telling me to mind my own business,” he said. “She tried to get the police officer to turn around and tell me to stop recording. Well I know in the state of Indiana I can record freely and that’s what I said to her. After that she started getting pretty combative and verbal with me.”

In a video obtained by WISH-TV’s sister station WANE, the woman could be heard asking ‘why are you recording’ and ‘it’s not even my f— kid anyway.’ She could also be heard telling police ‘it was an accident’, ‘it was my first time’ and ‘I don’t know why I did it.’

Police spokesman Sofia Rosales-Scatena confirmed that the videos obtained by WANE are connected to the incident.

Nei said he hopes the video is a wake up call for everyone.

“Everyone just needs to be aware of their surroundings,” he said. “I’m wondering how many people walked past that car before they realized there was a kid. People just need to be more aware and be more cautious on who they have babysitting their kids.”

The parent of the child was called to pick up the child. Police turned the report over to the Department of Child Services.

The child was not injured and no arrests were made.