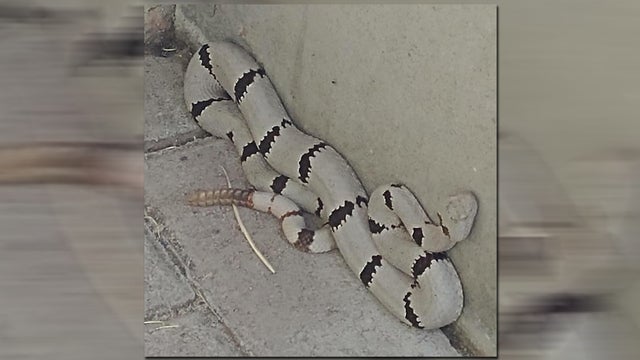 (KAMR) – A white rattlesnake might have recently shown up in your social media feed but you don’t need to worry, it isn’t a new type or even an albino.

The snake is a Rock Rattlesnake (Crotalus lepidus) and it is found in southeast Arizona, south New Mexico and parts of southwest Texas.

This rattlesnake was found at the Wyler Aerial Tramway at Franklin Mountains State Park. The park is near El Paso.

Rangers posted the picture on Wednesday and it has been shared over 7,000 times.

We had this little friend come and cool down by one of the doors at the park; it is a Rock Rattlesnake (Crotalus…Posted by Wyler Aerial Tramway – Texas Parks & Wildlife on Wednesday, July 11, 2018