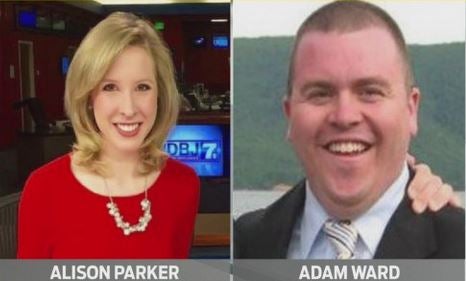 MONETA, Va. (WISH) – A news crew in Virginia died Wednesday morning after shots were fired during their live report. As police search for the person responsible, the victims are being remembered by those who knew them.

Alison Parker was WDBJ7’s Mornin’ reporter and a former intern for the station. She graduated from James Madison University in Harrisonburg, Va. in December 2012 and, in her spare time, enjoyed whitewater kayaking, her news biography read.

Kay Norred, former news director at WHSV in Harrisonburg Virginia, where Parker interned, told 24-Hour News 8 that, “She was an amazing young woman. A graduate of JMU. She is from Roanoke. It was her dream to report for a station in her hometown. I am so glad she achieved that dream. My heart breaks for her family this morning.”

WDBJ anchor Chris Hurst shared some personal, and heartbreaking, messages on Twitter Wednesday morning. He wrote that he and Parker were in a relationship and “wanted to get married.” He said the couple had just celebrated her 24th birthday.

She was the most radiant woman I ever met. And for some reason she loved me back. She loved her family, her parents and her brother.- Chris Hurst (@ChrisHurstVA) August 26, 2015

Hurst told viewers that Parker and 27-year-old Adam Ward, the WDBJ photographer who also died after the shooting, worked together every day.

“They were a team,” Hurst said in one of his tweets.

WDBJ said that Ward was engaged to be married to a morning show producer at the station and Ward recently told her, “I’m going to get out of news. I think I’m going to do something else.”

WDBJ said Ward was also from the Roanoke area and a graduate of Salem High School and Virginia Tech.

They have also created a memorial page, where viewers can leave condolences and memories of Parker and Ward.