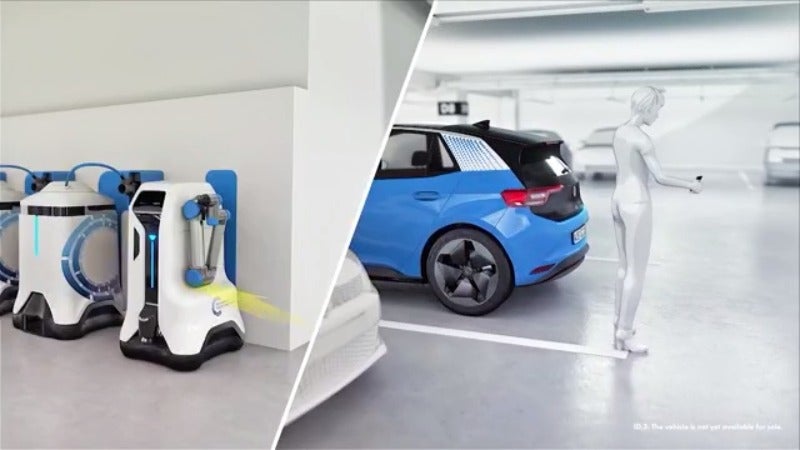 FRANKFURT, Germany (WISH) — Electric car owners will understand this problem: hunting down a charging port in a parking garage.

Automaker Volkswagen says a prototype it’s testing could help. The mobile charging robot is designed to come to a car anywhere in a parking garage so drivers can park where they want.

The prototype also would help motorists if a fixed charging station isn’t available.

Volkswagen says the robot would not require any human interaction. It would drive itself to the vehicle and connect itself. The carmaker hasn’t set a market launch date yet.

The company showed off the compact ID.3 at the Frankfurt auto show in September and will start delivering it to customers next summer. It says it can make 330,000 per year at its factory in Zwickau in eastern Germany.

CNN Newsource and The Associated Press contributed to this report.