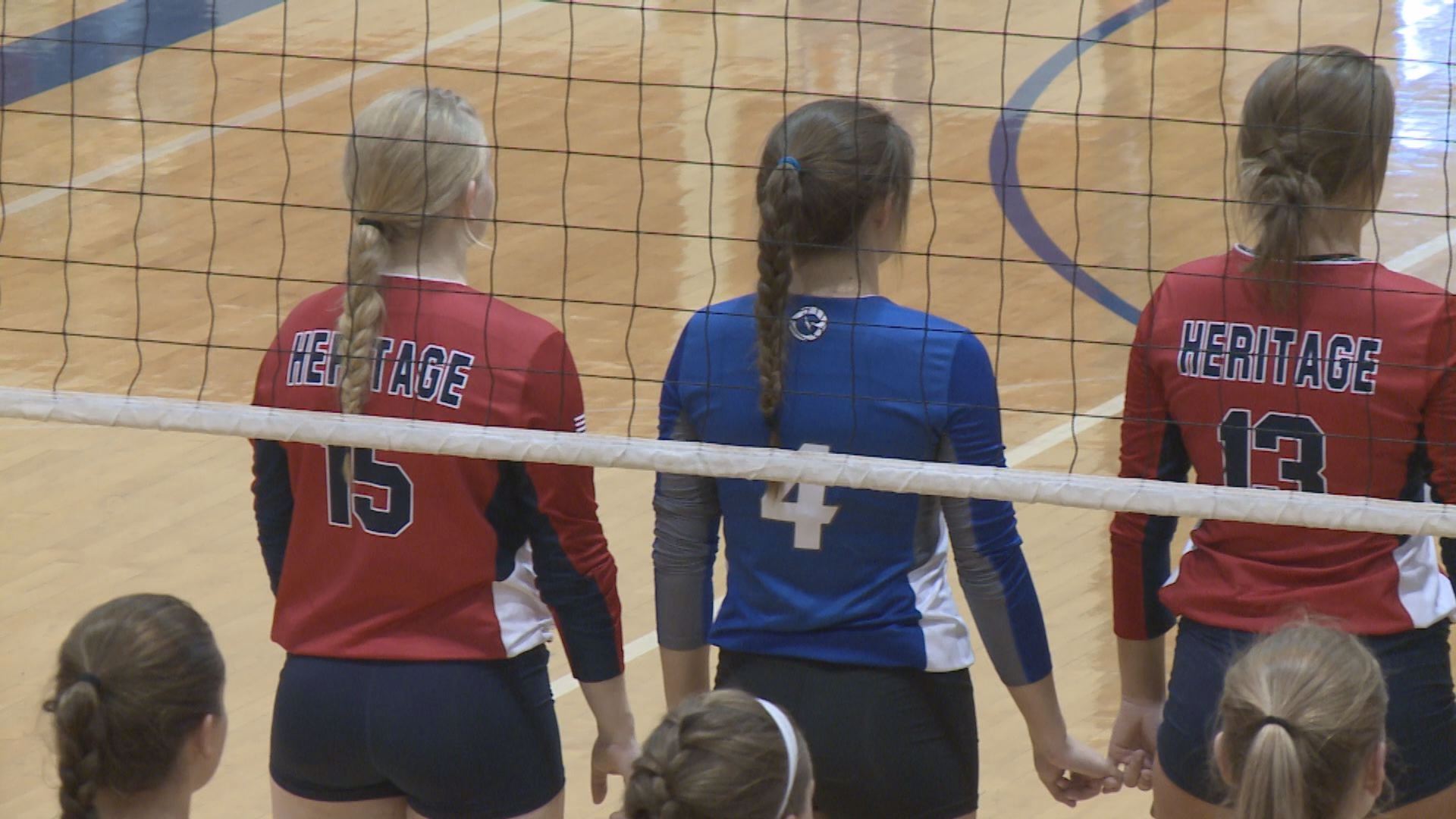 MONROEVILLE, Ind. (WANE) – Two high schools separated by 27 miles have one strong bond thanks to a late elementary school teacher. Chris Dodane taught students who eventually went to Carroll High School and sent his own children to Heritage High School.

Dodane was killed on the morning of August 12, just hours before the start of a new school year at Northwest Allen County Schools.

“The whole volleyball team was at his funeral,” said Michelle Castleman. “We were talking to Carroll, who has his former students, and said that whenever you’re ready, let’s do something to help the family.”

Parents from both the Carroll and Heritage volleyball programs brainstormed, and decided to sell t-shirts and raise money for the family.

Fans from both schools could buy a shirt that read “#dodanestrong.” Shirts came in blue or red, with the blue ones reading “Neon Nation” and the red ones saying “Patriot Nation” before the hashtag honoring the teacher.

“When we got the word about Chris we wanted to do something right away for the family,” said Heritage Athletic Director Cheri Gilbert. “Chris’ daughter, Jessica is on our volleyball team.”

By the start of the match, the two schools had sold more than 225 shirts. Heritage did not collect ticket sales, but asked fans to make a donation to the family, instead.

On the court, the two volleyball teams stood together during the National Anthem.

“They’re forming one line, in solidarity and unity for Mr. Dodane,” said a teary-eyed Castleman.

It’s not known how much money the schools raised for the Dodane family Tuesday night, but a Gofundme account for the family has collected nearly $31,000 in less than two weeks. Click here to see the gofundme page.