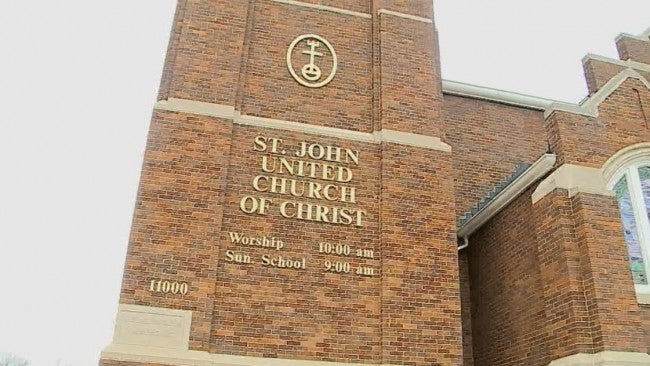 INDIANAPOLIS (WISH) – Monday night, the fate of a historic church on the east side of Indianapolis could finally be decided, after a years-long fight to save it.

The City-County Council could vote to approve a zoning change, that would allow a convenience store to replace the century-old St. John’s United Church.

The town of Cumberland and many people in the neighborhood want to preserve the church because of its historic value, while the church congregation is ready to sell the building and allow a 24-hour gas station and convenience store to replace it.

The church has been trying to sell the building for five years, because of the expensive upkeep. It’s been searching for a buyer for the past five years. Now, Giant Eagle wants to purchase the land, knock down the building and put up the gas station.

Zoning issues have stood in the way. The Metropolitan Development Commission approved the zoning changes to allow commercial use, and Monday night the council could give final approval.

Many hope the church would cancel the sale to Giant Eagle if there were another buyer at the table who was willing to preserve the church. The Cumberland town manager recently presented an alternative option for mixed-use senior living and retail space, instead of the gas station. It would renovate the church, but maintain its historic value.

St. John’s and the Town of Cumberland did not respond to 24-Hour News 8’s requests for more information about the status of that proposal. If the council votes in favor of the zoning changes, it will be up to the land’s owner to decide what to do with it.