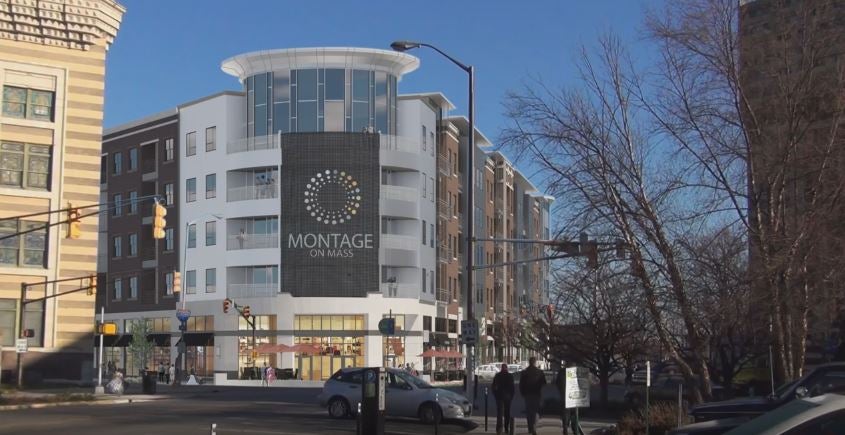 INDIANAPOLIS (WISH) — Depending on who you ask, a proposed art installment on Massachusetts Avenue in downtown Indy is either genius or a catastrophe waiting to happen.

The proposal is set to be voted on by the Indianapolis Historic Preservation Commission on Wednesday.

The so-called “digital canvas” will rotate and be lit 24 hours a day.

Local artists are in love with the idea; local leaders are trying to stop it.

“Making art is such a solitary, individual process and then once we make it, we want to be able to share it,” said Phil O’Malley in his east side artists studio. “To bring fine art, original fine art to the front yard of the community is a win-win all the way around.

The architects behind Montage on Mass want to build the 40 foot digital canvas. They say it will be a way to showcase local artists. They say Mass Ave was revived with art, and that the canvas would be a way to continue with the revival.

“By doing this we can bring art back to the Avenue,” said Wayne Schmidt, the CEO of Schmidt & Associates. “This is a commercial area where you want people drawn to use Mass. Ave., and it’s just a perfect location for it.”

But some on the City-County Council say it’s the wrong area and a bad idea.

“This really is something that could impact anybody in the city, especially in an urban setting,” said Councillor Jeff Miller (R-Indianapolis).

He says he was originally behind the project, but he now says it could set a precedent.

“I almost wish we could go back and talk about the original plan ’cause that would’ve been a very different discussion,” said Miller.

The Arts Council of Indianapolis would curate the art to be displayed.

“It’s very similar to a mural,” said Julia Moore of the Council. “There are murals on all kinds of buildings downtown, it’s just different. Instead of being paint on a flat surface, it’s digital.”

But for O’Malley and artists like him, it’s all about getting their art out any way possible.

“It’s a great way to say, ‘This is what’s here, look what’s available, look what our artists are doing,'” said O’Malley.

The IHPC will vote on the canvas Wednesday. The meeting is scheduled for 5:30 p.m. at the City-County Building.