VP Biden gets attention for whispering to woman 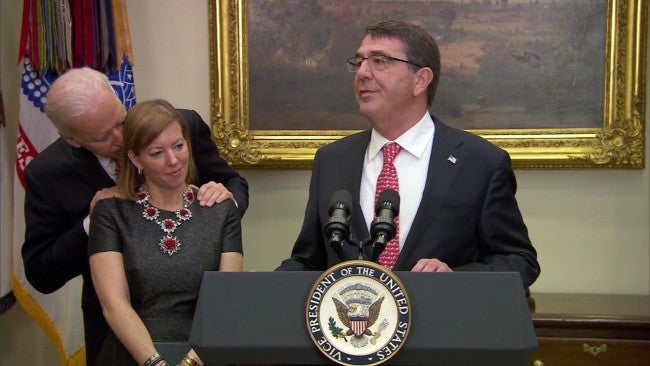 (CNN/WISH) – Vice President Joe Biden created social media buzz for a moment that may have been fairly innocent.

During the swearing in ceremony for new Defense Secretary Ashton Carter Tuesday, Biden motioned for Carter’s wife to join them. He then put his hands on her shoulders and whispered something in her ear. The still frame of the video has driven lots of social media conversation about the moment, with some thinking it came across as awkward.

It isn’t clear what Biden was saying to Stephanie Carter, but he’s known to whisper words of encouragement to people nervous about being in front of a crowd.